Safety features in cars in 2017 which you should insist on

In the past, the latest safety features were reserved only for the most expensive and luxurious cars.

There was a time when if you wanted an Antilock Breaking System (ABS) you had to pay out for a Mercedes Benz or BMW. Not anymore. ABS is now a standard feature on most new cars.

It's the same story with many of the latest safety features in cars in 2017. The best driver assists for cars are now more affordable than ever, and it's making driving with your family and friends safer than ever.

Here are five safety features to look for when choosing a new car in Australia today.

Need a great car loan too? Check out our car loans page.

Adaptive cruise control (ACC) is a new type of cruise control which automatically adjusts your car's speed in order to maintain a safe distance between you and the car in front.

Systems of this kind operate using radar technology. You put in a desired speed as per old-fashioned cruise control. But unlike old systems, you then also program in the gap you'd like to leave between you and the car in front. The space is typically measured in seconds. 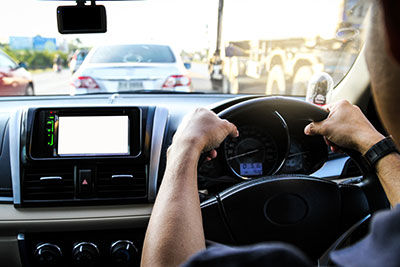 Once set, the cruise control automatically adjusts your speed to ensure your car remains the same distance behind the car in front. It does this by decreasing acceleration and applying braking as necessary.

The system will keep the gap consistent whether the car in front slows, gets caught in traffic, or stops altogether (select units only). Importantly, it'll also pick up if a car merges ahead of your vehicle and will adjust the gap to match that car, which is now the car directly in front.

Lane assist technologies were designed to prevent traffic accidents from common causes such as driver fatigue, inattentiveness and distraction. They function using a sensor placed at the front of your vehicle. Should your car begin to move out of its lane without a turning signal activated, you will receive a visual and audio warning notification from your car's dash.

So, if your car starts to drift out of a lane and onto the nature strip or into the path of other vehicles, you will immediately be given an alert, whereupon you can correct your driving position before it's too late.

Save money without compromising on safety

When choosing a new car, there are some things you can compromise on, safety isn't one them.

Here are five ways that you can save on your next car without missing out on essential safety features.

Read more: 5 ways to save on your new family car without compromising safety

Forward collision warning systems, also known as collision avoidance systems are designed to reduce the severity of collisions by warning the driver of an imminent crash. Or, in some systems, by taking autonomous braking and steering action.

These systems use sophisticated sensors to monitor the road in front of your car. Should a hazard appear, such as a rapidly breaking vehicle, pedestrian walking out unexpectedly, wildlife or the like, the system will provide the driver with a visual and audio cue alerting them to the danger. This gives them more time to react and more time to brake, thereby preventing a crash or the severity of a crash.

Some higher-end vehicles also feature automatic braking systems which apply the brakes independently of the driver should the situation become critical.

When choosing your new car, look for the 5 Star ANCAP safety rating.

The 5 Star rating is your assurance that your chosen car has the latest safety features and technology.

A backup camera, sometimes called a reversing camera, is a small camera placed on the rear of your car. When you reverse, the system streams a video of what's behind you to a screen on your dash.

Backup cameras serve dual functions. One, they prevent minor collisions when parking, by allowing you to see the distance between you and the car behind you. Two, more importantly, they allow you to see sudden obstructions behind your vehicle.

Children are all too frequently injured by wandering behind reversing cars, whose drivers cannot see them through the rear window. Backup cameras prevent this by giving the driver greater visibility. If for this reason only, backup cameras are one of the best driver assists for cars on sale right now.

Blind-spot detection systems detect the distance and closing speed of vehicles in the lanes around your car. They then alert the driver via an audio or visual cue should a crash become imminent. 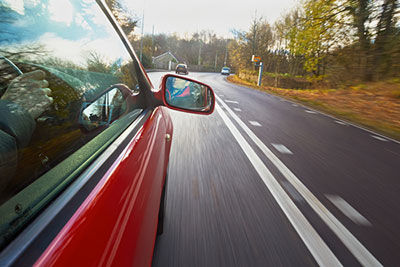 These systems pick up vehicles which are located in your 'blind-spots' or places around your car which cannot be seen via interior and external mirrors because of pillars and other parts of your car.

This prevents crashes which commonly occur because a vehicle was in another's blind-spot when merging lanes or turning. Systems such as these can also help with reversing and driving in situations where visibility is limited due to factors such as fog and heavy rain.

"The best driver assists for cars are now more affordable than ever."

At Rapid Finance, we are your car loan specialists. We've been helping Australians to find car loans that are suitable for their circumstances for over 17 years and we may be able to help you too.

Applying with us is easy. You can do so online or over the phone. All it takes is three easy steps and some basic personal information. Contact us for a free assessment today.

Searching for a car with low running costs? Get started with these five cars, which are available to buy in Australia today ... Read more