Most of us will never experience the true speed potential of our vehicles. Not unless we have access to a racetrack or a disused airstrip. However, there is still prestige in owning a 'fast' car.

There's something special about knowing that the only thing keeping your car from tearing up the tarmac is the speed limit and your good sense.

With that in mind, here are ten cars that you can buy for less than $20k, which are sure to deliver that feeling of 'fizz and energy', even if you never push them to the limit.

Note: Rapid Finance does not in any way endorse driving behaviour which breaches Australian laws, or which could be considered dangerous or unnecessarily risk-inducing. Remember, always play it safe on our roads. 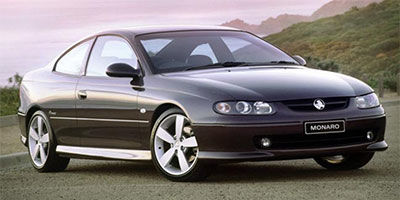 The Holden Monaro is one of the quintessential fast and affordable road cars. It's a sports coupe with two doors, a big V8 engine at the front and rear wheel drive in the back. And, best of all, it's Australian.

While the Monaro SV8 V2 went for around $60k when it was new, you can now pick one up for between $15k and $20k. Do so, and you'll be purchasing more than a fast car, you'll be buying an Aussie icon.

No list of cheap, yet fast cars would be complete without the inclusion of at least one hot hatch. And, there is no hot hatch quite like the granddaddy of them all, the Volkswagen Golf GTI.

Shop around and you could find a 5 year old GTI Mk. VI for less than $20k. Not only will it be fast, but because it's a Golf it will also be practical, easy to park, and not bad when it comes to fuel consumption.

The Subaru Impreza WRX is known for being a rally car (marginally) stripped-back for everyday driving. It's essentially a practical four-door sedan with huge turbo, bonnet scoop and real racing pedigree.

The WRX is a combination of Japanese electronics, slick body-shape, and turbocharged grunt. It's that combination which has earned the WRX a myriad of fans the world over. 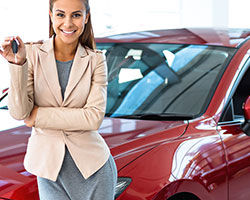 Are you looking to buy your very own fast and fun, yet affordably-priced vehicle? Let's talk finance.

At Rapid Finance, we've been helping Australians find finance for over 17years. And, we could help you too.

Older Nissan 350Z's can be a real find. While they retailed for around $70k when new, they can now regularly be found for below $20K. And, that sure isn't because they're lacking in power or performance.

The 350Z may not have the refinement of Nissan's German rivals, but for pure grunt and presence, as well as value for money, it's hard to deny that the 350Z is a seriously strong contender.

Long a favourite of Australian tradies, the XR6 Turbo Ute brings the power in spades while also retaining the practicality and capacity of a traditional ute. It's a workhorse that isn't afraid to run on Sundays.

Sadly, the last ever XR6 Turbo recently rolled off of Ford's Broadmeadows production line. However, that won't stop you from picking up one of these classic work utes, used, for less than $20k.

Okay, admittedly, you'll be lucky to find a Toyota 86 under $20k, and, yes, the 86 isn't the fastest in terms of straight-line speed. It's a great handler though, and hard to beat when it comes to sheer fun.

The Toyota 86 is known for being one of the most exciting coupes available today, and because it's a Toyota, you know it's built to last. It's sister-car the Subaru BRZ is also a great-value option.

"The Holden Monaro is one of the quintessential fast and affordable road cars."

The Mazda MX-5 may not be as fast as many of the cars on this list, yet what it lacks in raw speed it more than makes up for in style. It's a compact, convertible rocket, which always looks best in red.

Credited with kicking off the resurgence in two-seater roadsters, the MX-5 delivers a fun and relatively inexpensive option for those who prefer to drive with the top down.

New BMW M3s retail for well in excess of $100k, therefore if you want one for below 20k you are most definitely looking at older models. How old? Generally, late 90s or early 00s.

Make sure you do your research, a lot can happen to a car in 17 years, so examine your prospective buy, inside and out. Do so, and you may be able to secure your very own BMW M Series for less than $20k. 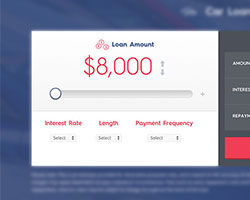 Unsure of how much you're likely to pay for car finance? Check out our car loan repayment calculator.

It'll give you an estimate based on the price of your chosen vehicle, your interest rate, and loan term.

At one time, Australians could be broken up into two distinct groups, aka Ford people and Holden people. It was a rivalry that culminated each year in an ultimate showdown; the Bathurst 1000 at Mount Panorama.

The hero of Bathurst for Ford fans was, of course, the Ford Falcon V8 supercar. The Fold Falcon XR8 shares its DNA with that vehicle, as well as more than a little of its racing pedigree and panache.

It wouldn't be a list of Australia's favourite fast and affordable cars without a mention of the Holden Commodore SS. Like the V8 Falcon, the V8 Commodore is a classic Australian speed king.

While the standard Commodore is certainly no slouch, for Holden die-hards there is only one SS. Shop around and you could find a well equipped used model for less than $20k.

"The Ford XR6 Ute is a workhorse that isn't afraid to run on Sundays."

Car finance that's as fast as your dream machine.

Like the sound of a car on this list? Or do you have your own dream machine in mind? If you want to drive it, then we could help you to finance it. At Rapid Finance, it's what we do.

Our car loan specialists can compare a range of finance products from numerous lenders to seek out a loan solution that matches your needs and circumstances.

How much does it cost to finance a batmobile?

Have you ever wondered how much it would cost to get new car finance on a batmobile, or a Bugatti, or a Ferrari? Find the answers here. ... Read more

Searching for a car loan? Find everything you need to know (and more) here ... Read more