Can the all new Honda Civic satisfy long-time fans?

In recent decades, the Honda Civic has straddled seemingly opposite ends of the automotive market.

It's been a favourite among amateur tuners who appreciate the sporty performance, gutsy little engines and comparatively low price tags; the Civic's street cred being cemented by its appearance in the very first Fast and Furious film way back in 2001.

Yet, at the same time, the Civic has also been a popular choice of older Australians who are looking for a comfortable, reliable and well-equipped small car; a vehicle for the school run, ducking down to the shops and the occasional trip to the beach.

It's a testament to how versatile Honda's flagship compact is. And it's a tradition that's been carried over into the all new 10th generation model. It's a car which will inevitably wear several different hats. 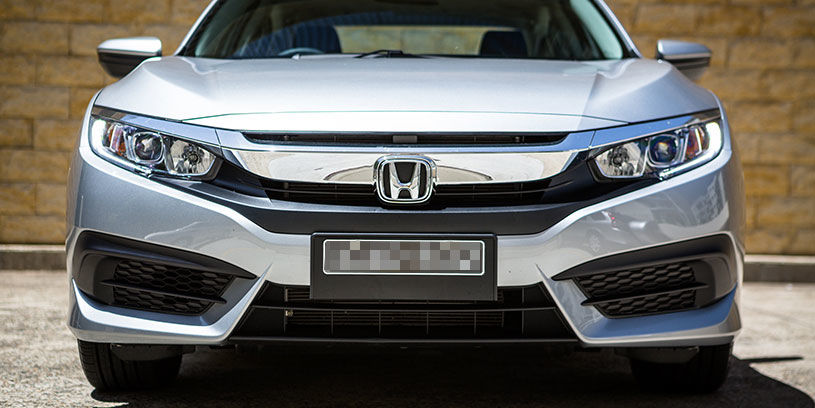 Want a speedy and fun-to-drive hatch?

The new Civic is for you.

Want something sturdy, practical and equipped with all the latest tech?

The Civic is for you too.

And, of course, it's a Honda, so no matter what you use it for, you'll know that it'll remain punchy and reliable for years to come. 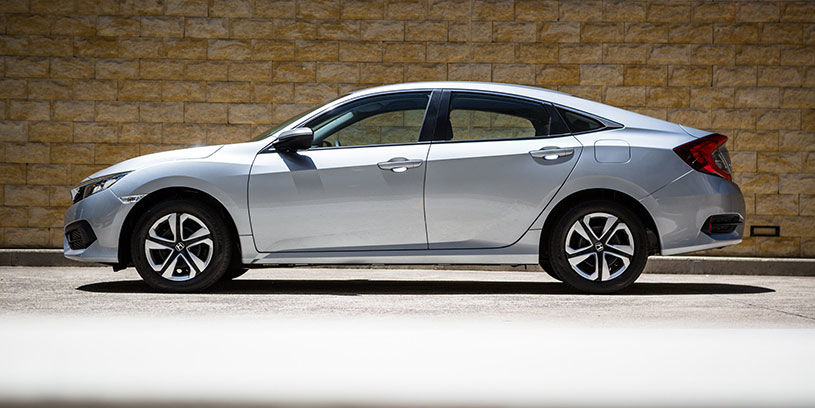 Under the skin: engine, steering and transmission

You get an independent suspension system, which replaces the torsion beam setup from the previous generation. This means the car's rear wheels can now move individually and that delivers a boost to both handling and comfort.

Overall, the steering is quick and precise. It should be sporty enough to impress the Civic's younger fan-base. However, they will undoubtedly be hanging out for the upcoming 'Type R' variant.

There are no surprises with the six-speed manual gearbox. It's great. Clicky and responsive, it makes changing gears a pleasure. Honda knows how to do a great manual gearbox, and this one is no exceptional. The automatic is reportedly perfectly pleasant too. 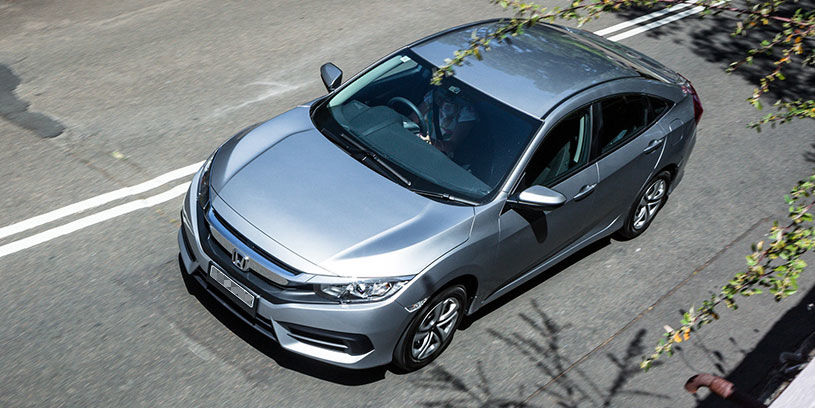 Inside: tech, comfort and practicalities

Inside, you get a bunch of equipment as standard. There's a 7 inch touchscreen media system with Bluetooth, audio streaming, and Apple CarPlay / Android Auto connectivity. Additionally, you can connect the system to Google Maps via your smartphone, which makes for excellent and easy satellite navigation.

Other cool pieces of kit include an LCD screen positioned behind the steering wheel which displays your fuel consumption, the temperature outside, as well as who's calling when your phone rings. There's a rear view camera with three different viewing angles, LED daytime running lights, electric park brake, climate control and more.

The cabin is solid with hard plastics on the dash and Honda's usual attention to detail everywhere else. The seats are comfortable and the dials are always within easy reach. Everything is thoughtfully laid out with no awkwardly placed knobs or ends. There's lots of legroom in the back, but the sloping roof line will bump the heads of taller passengers.

For storage space, you get 517 litres of space in the boot, which is more than similar cars in this segment. And, of course, the back seats fold down for even more space. There are clever storage cubbies about the cabin too, such as a massive centre console box which also contains your cup holders.

Overall, inside, the new Civic is much like its predecessors; well-built, well-equipped and very practical. 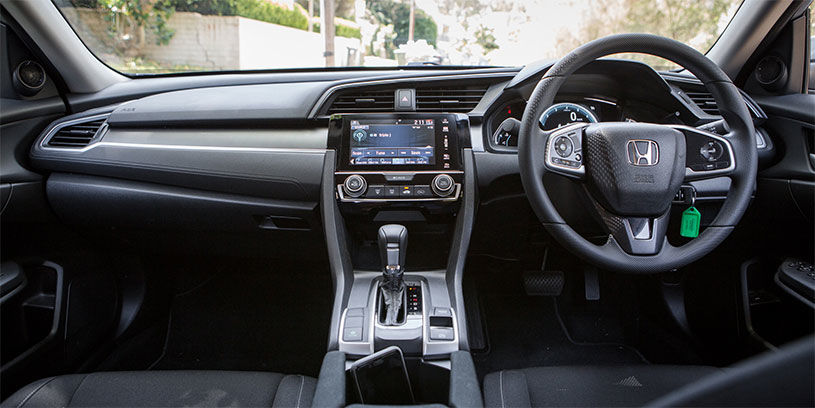 Let's talk about the looks

Honda calls the look of the new Civic 'bold' and it's hard to argue with them. The styling is big, aggressive and laced with sharps edges. The angular tail lights and large back grills make us think of something out of science fiction. It's like a spaceship, ready to blast off into the stratosphere.

Up front, the black painted grill has been unflatteringly referred to as like goth face paint. One reviewer went so far as to say that the faux duct inserts on the front make the whole car look like a robot with permanently flared nostrils.

In terms of styling, this is one car which is going to be divisive.

That's not a bad thing. It's great to see car manufacturers taking chances and trying something new. We'd prefer a car that divides opinion rather than one that's plain boring. Whether you like the looks or not will come down to your taste. Beauty, as they say, is in the eye of the beholder. 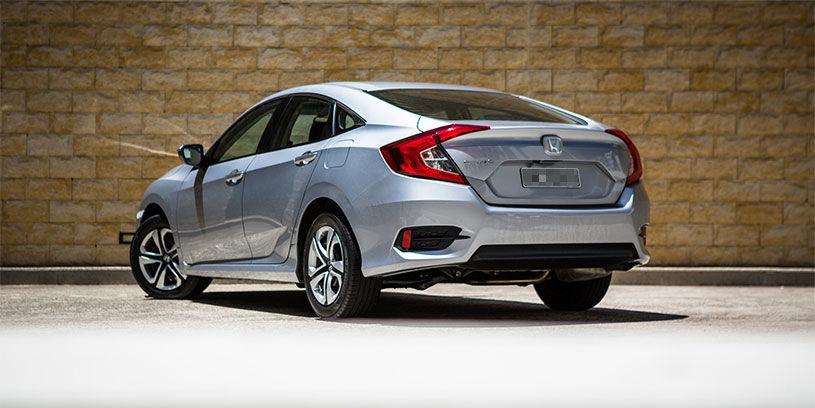 Prices for the 2017 Honda Civic start at about $22,000 plus on road costs. That's great value for what's included as standard. You could buy the base model and be perfectly content with everything that's on board.

Honda sweetens the deal with their 'Tailored Servicing Program', a capped-price plan that lasts 5 years or 100,000km which is nice. The fuel consumption is very economical too with a claimed 6.4 litres per 100 kilometres.

Importantly, the Civic has always had a good reputation for reliability, so you shouldn't be regularly paying out for unexpected repairs.

The question will be whether the Civic can stand up to it's similarly priced rivals. At around the $20k mark, the car will go head to head with the likes of the Mazda3 and Hyundai i30. Those are both great cars at great prices, and many will prefer the styling on those vehicles.

The new Honda Civic takes everything you liked about the old Honda Civic and makes it a bit better. The looks will divide critics and Honda have stiff competition within this price bracket, but that's unlikely to matter to long-term fans.

If you've bought a Civic in the past for cheap thrills or if you've bought one for reliability and practicality, then this new model is unlikely to disappoint. It's a great car with the latest tech in a striking package, exactly as you'd expect.