The Toyota Camry range has always been a very safe and reliable car offering great value for money, making it a popular choice for corporate fleets and private buyers alike. But now the Camry Atara SX offers all that and more with a range of improvements that make it sporty and fun to drive. If you overlooked previous Camry models because they seemed too sensible, the SX might just have enough oomph to get you interested again.

Toyota's Australian engineering team has specifically designed the Camry Atara SX with sports updates for Australia. The engine is the same 2.5L four-cylinder petrol that you'll find in the rest of the range, producing 135kW of power and 235Nm of torque, but just about everything around the engine has been improved. The wheels are now 18-inch black alloys with 225/45 Bridgestone Turanza tyres for a sportier look and better grip. The new wheels are supported by new Hitachi shocks with higher low-speed damping force and controlled by a new, faster steering rack with recalibrated ESC.

What does this mean when you're driving it? The ride and handling are much improved, allowing you to take corners faster with less body roll and pitching under brakes. Mike Costello from caradvice.com.au said the result is "a Camry that sits a little flatter, with suspension that settles more swiftly and undoes any propensity to bob about on the straight ahead". The global chief engineer for the model, Masato Katsumata, even described it as "very un-Camry-like". Craig Duff from carsguide.com.au described the improved performance as "like putting honey on your cereal: the basic fare's bland but good and there's now a touch of extra flavour to sweeten the deal".

Looking for something a bit faster? Check out the Subaru WRX.

If you overlooked previous Camry models for being too sensible, the SX might just have enough oomph to get you interested again.

Style as well as Substance 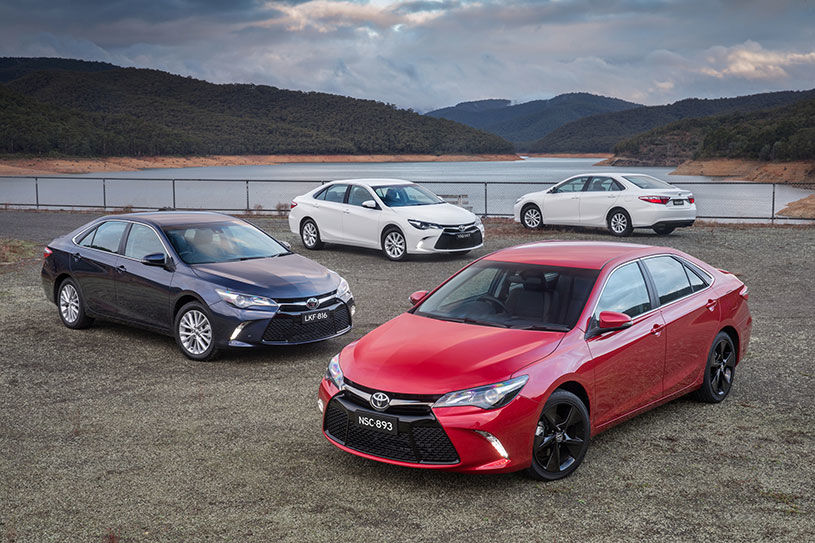 The exterior of the new Camry Atara SX has had a massive redesign, in fact, the only panel that remains unchanged is the roof. The most obvious new feature is the redesigned grille that looks sportier, stronger and more aggressive with its sharp angles and a honeycomb finish. Along with the large new black alloys and sports tyres, the SX definitely has a sporty look to it.

The new panels add to the sporty look, with smooth, almost wind-swept, lines starting at the front wheel arch and running along the side doors to the rear lights. The slight lip on the boot contributes to the aerodynamic look as do the lines running front-to-back on the bonnet. Overall, the new look is a great improvement with the new Camry looking sportier and more exciting than ever.

The upgrades on the inside aren't as noticeable as the outside, most of dash and console remain the same but are still well laid out and attractive. There's an improved 6.1-inch touchscreen infotainment system with a reversing camera, all the connectivity you'd expect and Pandora Integration. You'll also find a new three-spoke steering wheel with a host of controls for the gadgets. 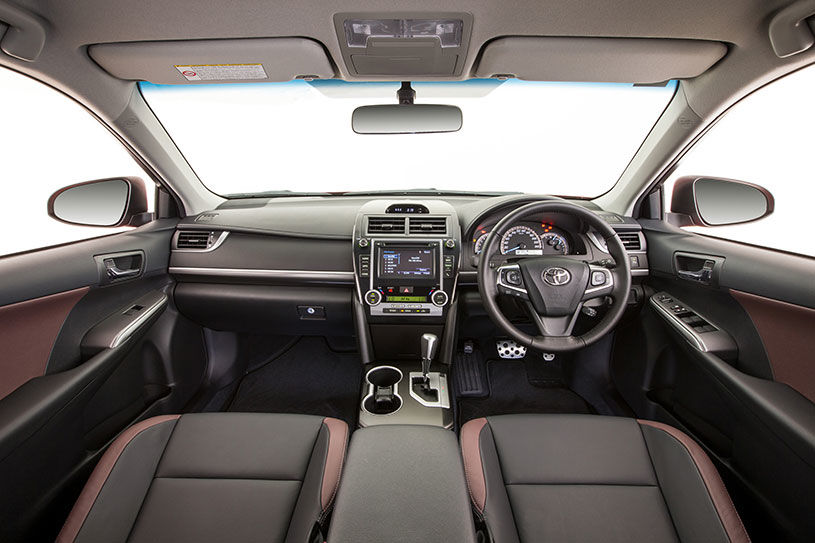 In terms of space, the interior is huge. There's ample space for rear passengers and they'll also enjoy the air vents and map lights. In the front seat, there's an enormous glovebox, centre console storage and good-sized door pockets. you'll also find a generous boot with 515L of storage space.

The new Toyota Camry Atara SX may not be the fastest or most exciting car around, but it might be the best value. With all the reliability, sensibility and great value for money that we have come to expect from the Camry range and now with little extra excitement, the Camry Atara SX has a great deal to offer to Australian buyers who like a bit of excitement with their sensibility.

Sound like the car for you? Check out our low interest car loans.