It's still a beast, but does the most recent STI do enough to stay ahead of its rivals?

Since launching way back in 1998, the Subaru WRX STI has established itself as a favourite for drivers who want the hardcore thrill of driving a rally car designed for the road. While the standard WRX was already a weapon, the Subaru Technica International team's performance upgrades turned the STI into a genuine monster. 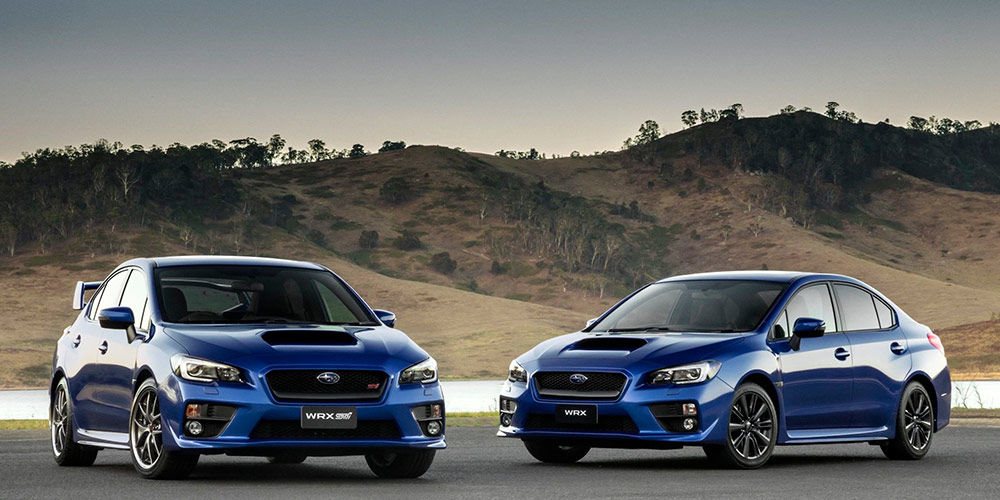 At the time of release in 1998, the WRX STI's main competition was the Mitsubishi Lancer Evolution, another Japanese rally star turned road-goer, but the market has changed dramatically since then. Hot hatches abound, and carmakers from France to Korea are after younger buyers with a thirst for speed.

The Volkswagen Golf GTI and R models, and more recently the Ford Focus ST, have provided buyers with serious options in the sub-$60k sports car segment.

In an effort to compete, Subaru slashed the price of the 2015 WRX STI to just $49,990 plus on-roads, making it a genuine bargain. You can now pick one up second-hand for around $40k, but what do you get for the money?

So, how quick is it? 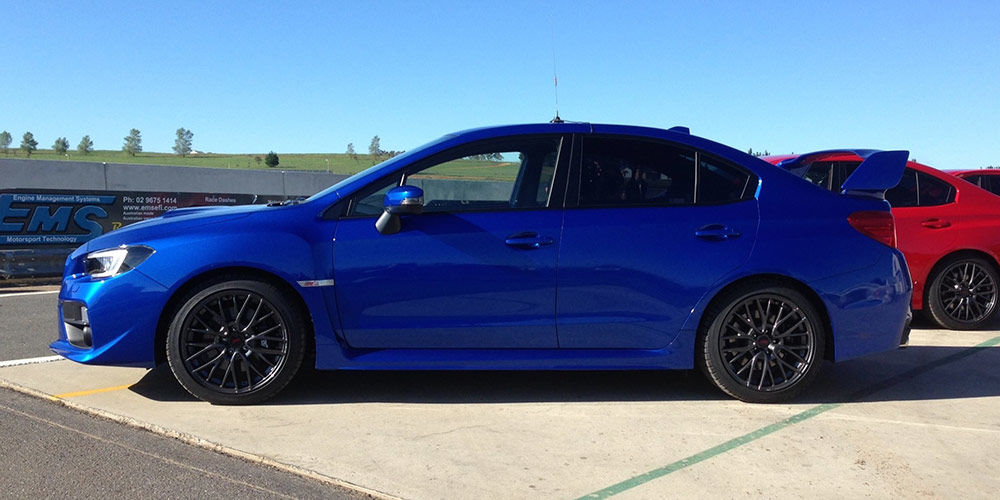 The short answer: very. Subaru claims the WRX STI can reach 100km/h from a standstill in just 4.9 seconds. All that thrust comes from a 2.5 litre four-cylinder turbo engine that pumps out 211kW of power and a tyre-stripping 407Nm of torque, and the all-wheel-drive system ensures that every drop of it reaches the road.

While the engine was carried over basically unchanged from the previous model, that's no bad thing. There is a degree of turbo lag low in the rev range, but the surge of raw power that comes above 3000rpm more than makes up for it.

Subaru's all-wheel-drive system is crucial to ensuring the the car is about much more than just straight-line speed. Unlike some previous WRX models, this car loves corners. The steering has been sharpened to increase feel and precision and the firmer suspension reduces body roll through corners.

There's loads of grip from the 18-inch Dunlop tyres,and the four-piston brakes are strong and resistant to fade even on the race track - where you're sure to get the most out of owning an STI.

OK, but what about the inside? 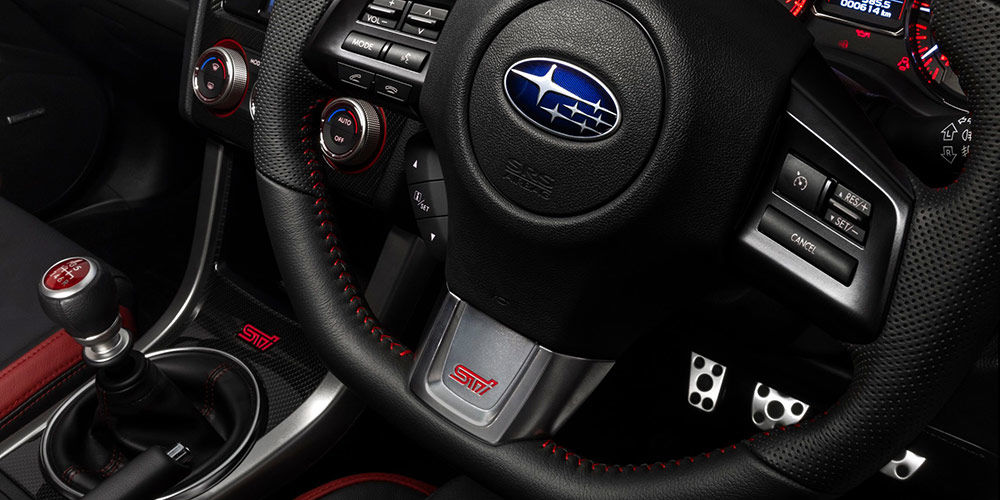 If you're seriously considering buying a WRX STI, comfort is probably not all that high on your list of priorities. Subaru has tried to improve the cabin feel and ambience over previous models, but the simple fact is the interior is not in the same league as its European rivals. Besides a few badges and logos the interior is basically the same as the standard WRX, which may disappoint some owners.

The Harman Kardon entertainment system sounds good on paper, with eight speakers speakers and sat-nav as standard, but a few reviewers have noted its decidedly non-premium look and performance. Some may decide an aftermarket upgrade is needed, but others would argue in a car of this type its the engine that should be providing the soundtrack.

Considering the car's compact size, legroom is more than ample in both the front and rear. An extra 25mm in wheelbase is noticeable and welcome, but its disappointing that the 2015 model no longer came with the excellent and supportive Recaro bucket seats of previous STIs.

What's it up against?

The WRX STIs main rival has always been the Mitsubishi Lancer Evolution. The model has been discontinued, but the 2014 model can now be had for around the $45,000 mark. It produces an impressive 217kW of power from a 2-litre four-cylinder turbo engine, but has less torque than the STI with 366Nm. Like the STI, it's a hardcore car that's not for the faint of heart.

Winner of Drive's 2015 best performance car under $60,000, the 2015 Ford Focus ST is a good option for those on a budget. It produces 184kW and 360Nm from a turbo-charged 2-litre four-cylinder engine, but is only available in front-wheel-drive and is a little slower than its rivals. But second-hand models go for less than $33k, representing serious bang for buck.

Sleek and stylish, the 2015 Volkswagen Golf R stacks up well against the Japanese competition with a 2-litre turbo engine putting out 206kW of power and producing 380Nm of torque. It also gets all-wheel-drive and a six-speed DSG gearbox, can accelerate from 0-100km/h in five seconds flat, and has a typically classy VW interior. 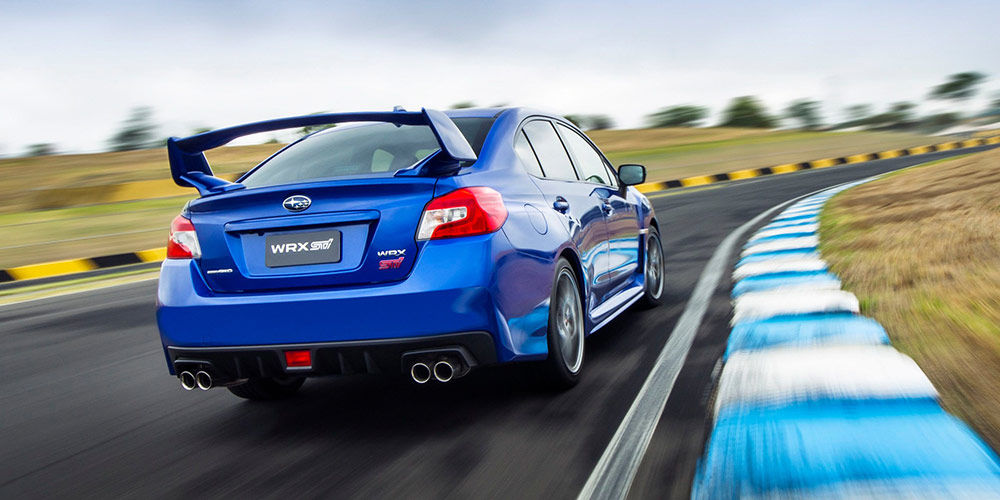 The Subaru WRX STI is a fast, bruising, and brutal car that's surprisingly easy to live with. If you want to drive something that looks and feels as close to a rally car as possible but you can also take to the shops, this is the car for you.

A better daily driver than the Mitsubishi, faster than the Ford, and better value than the Volkswagen, the STI may be ageing but it still commands respect.

It can get a bit of attention, but some vehicles were sold without the massive rear spoiler if you want to fly under the radar. We think it only adds to the fun and drama.

Slip into gear, push your foot down, and feel the turbo engine spool up and push you into the back of your seat. Just make sure you make the most of owning one by taking it out on the track!