The GTI Performance Lives Up to its Name 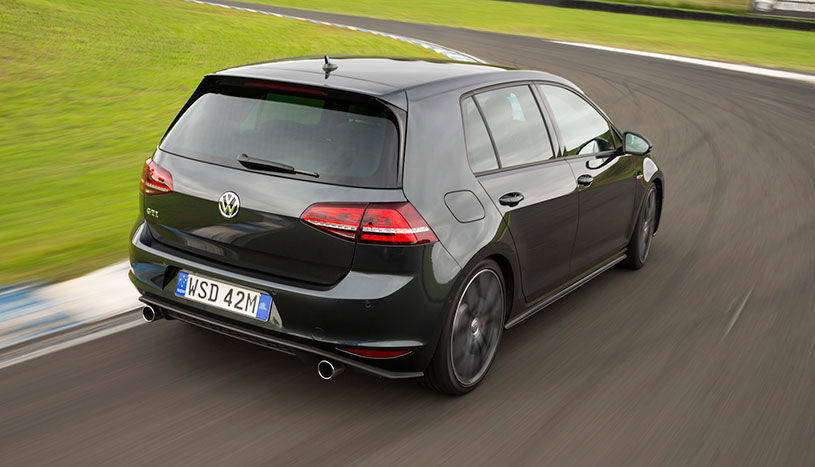 If you're worried that those improvements don't quite justify the extra cost, don't worry, the best part is still coming. The GTI Performance has the first electro-mechanical differential lock in a front-wheel drive car which "dramatically improves the GTI's traction during cornering, especially while exiting bends" according to Marton Pettendy from Motoring.com.au. It does this by directing more torque to the outside wheel, up to 100%, during tight cornering. Combine this with the larger ventilated front and rear brake pads and larger front brake callipers (painted red and bearing the GTI logo for good measure) and you're looking at some serious track cred.

It's a driving experience that Stuart Martin from Carsguide.com.au described as "laugh-out-loud driving", he also noted that the improved performance does not come at the expense of ride comfort, even in the sportiest modes. James Whitbourn from Caradvice.com.au says that "The on-road effect of the trick diff is almost as profound as that of a torque-vectoring AWD such as an Audi RS5 or Nissan GT-R".

One possible downside of the GTI Performance is that there is no manual option which will be disappointing for drivers who consider manual transmission to be a must have. If that's you, you might want to check out our 2015 Subaru WRX review. 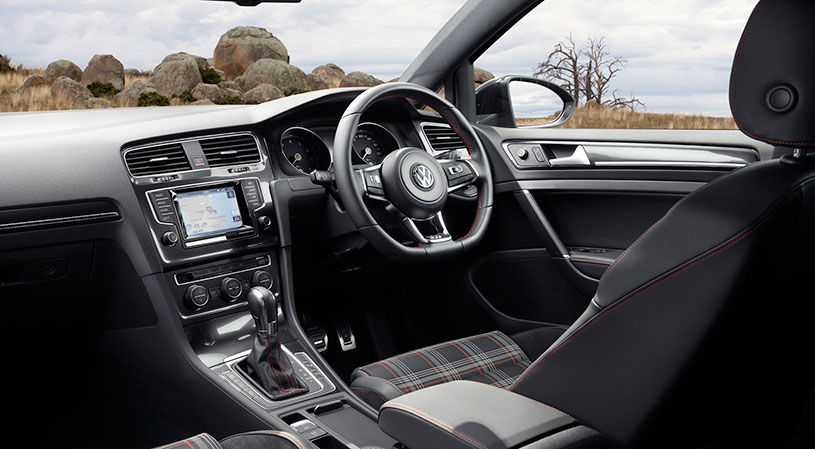 The VW Golf GTI Performance is not a car that sacrifices comfort for speed. As standard, it includes a 5.8-inch colour touch-screen with sat-nav, Bluetooth, eight-speaker audio and reversing camera. It also has all the safety features you would expect with its 5 star ANCAP rating as well as some new features like driver fatigue detection and multi-collision post-crash braking. Other luxury features include an electric park brake, daytime running lights, dual zone climate control, cruise control, front/rear parking sensors and automatic headlights and wipers.

The ride itself is comfortable, according to Stuart Martin, because of the adaptive and adjustable dampers. The GTI Performance also features variable-ratio electric power steering which reduces the number of turns between locks from three to two for easier parking and high-speed precision. BlueMotion technologies also help to reduce fuel consumption with idle-stop, brake energy recuperation and coasting, giving the GTI Performance a combined fuel consumption rate of 6.6L/100km.

The GTI Performance won't look out of place at a track day, red accents on the callipers, front doors and underneath the VW badge and headlights hint at the car's racing potential. Not to mention the five spoke 19-inch alloy wheels and 15mm reduction in ride height compared to the standard GTI. Overall, the GTI Performance has a fierce look about it, it's clear from the outside that this is a leader in the hot hatch market. And for good reason. 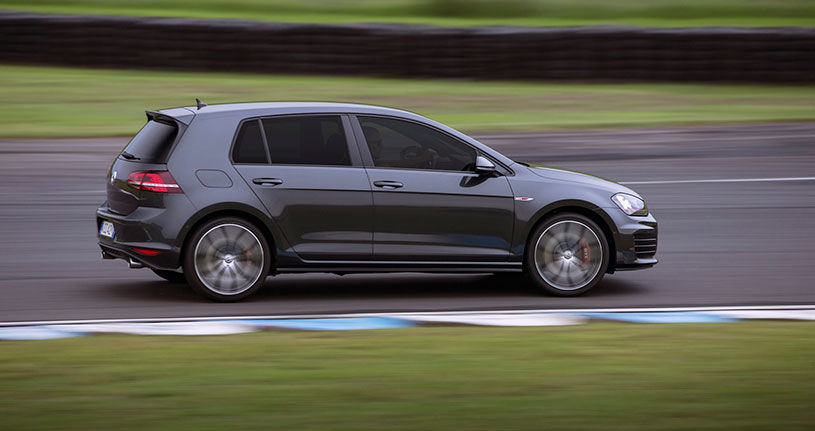 The Golf GTI Performance is so good, it might just make the other two GTI models irrelevant.

The Golf GTI series has set the standard for the hot hatch market for quite some time and now the seventh generation GTI Performance has become one of the best ever examples. It easily justifies its extra cost over the standard GTI and the diff lock is so good that the minor speed increase and part-time AWD of the Golf R fail to do the same. It seems that the GTI Performance is sure to be a favourite for hot hatch lovers well into the future.

Sound like the car for you? Check out our low interest car loans.