A classic ride for the retro car enthusiast

Back in the 1980s, two German manufacturers were dominating the executive luxury car market – these makers of course were Mercedes Benz and BMW. Today, the BMW E34 5-Series is becoming a collectable for a certain type of car enthusiast, in particular the M5 model.

The BMW E34 is a throwback to a time where mobile phones were the size of brief cases, bankers were considered trendy and Diet Coke was the drink of choice. The M5 is fast becoming a classic and collectable in the luxury vehicle hall of fame.

It won’t appeal to petrol heads, but for the other side of the car enthusiast coin, the retro style and history is hard to resist.

Are you a car enthusiast and looking for great finance? Rapid offer finance for used cars. Find out more here.

One of the delights of a car from this era is to realise that most of the features – air con, power windows, cruise control – were once considered luxuries.

The M5 is the high performance model of the flagship BMW 5 Series. It was the E34 version first manufactured in 1988 that popularised the M5 as an executive luxury car. It was these early executive cars which solidified BMW’s position in the upper-middle luxury market.

At the time BMW was considered an inferior brand to Mercedes Benz. It was iconic cars such as the E34 series that closed the gap between these two manufacturers and saw a popular resurgence of BMW as an executive vehicle.

The 2015 BMW M5 priced at over $200,000 is out of the question for most of us. However, the BMW E34 is a classic and original iteration of the series which is much more affordable. It’s ideal pick for the retro car enthusiast.

One of the delights of a car from this era is to realise that most of the features – air con, power windows, cruise control – were once considered luxuries. Now of course, they are standard fare in any vehicle. It’s a nostalgic throwback to a time before ubiquitous digital technology, a piece of motoring history frozen in time.

The BMW M5 was hand built using quality German engineering. BMW mechanics stand up to the test of time when regularly serviced, and it is well-known that a well maintained BMW engine will last forever when properly maintained.

Even though the M5 Series is essentially a performance sports sedan, those who forked out $200,000 over twenty years ago were usually careful to keep the car well serviced, according to Graham Smith of Cars Guide.

The largest reported problem for the BMW E34 M5, says Graham Smith, is the gearbox. It is common to see used M5s on the market to have a gearbox which has been replaced.

What to look for

A thorough car inspection is always warranted when purchasing a used car. Always check for a service book, and check that the M5 has been regularly serviced by a BMW expert, whether that's a dealer or a BMW service specialist. If it doesn’t have a service book, then it may be worth reconsidering the purchase.

When inspecting the car, check the body and look for signs of accident damage, aftermarket parts and bad repairs. Poor fitting panels, rust and panel mismatches can be key giveaways. Non-genuine BMW parts are often found in brakes, exhaust, tyres and suspension.

On the interior, look for changes to the centre console and damage to the seat cushions, leather and carpet. Generally, BMW interiors are known to hold up well, if properly cared for.

The BMW E34 M5 is a classic luxury ride for a certain type of car enthusiast. Although this BMW model is approaching its 30th birthday, it is aging extremely well, both in terms of style and performance.

The M5 is a great vehicle for car enthusiasts who are looking for an affordable retro ride.

At Rapid, we are car enthusiasts too. Get car finance for used cars here. 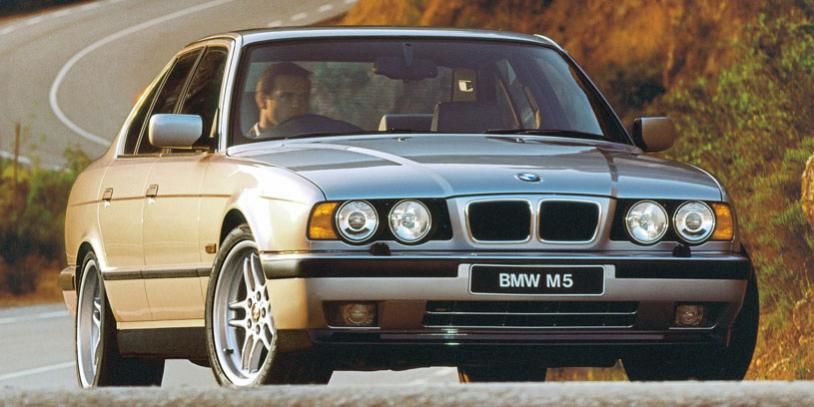