There's plenty of choice across the new Tucson range, but does it still get the basics right?

From humble beginnings, and after fighting off a reputation for making cheap but rather unappealing cars, Hyundai has emerged as a powerhouse in Australia. The Korean carmaker sold more than 100,000 vehicles locally in 2016, after achieving the same feat the previous year.

Hyundai's mid-size SUV, the Tucson, was the tenth-best selling car for the year and second only to the Mazda CX-5 in its class.

A vast improvement over the ix35 it replaced, the Tucson has stylish good looks, superior driving dynamics, and slick pricing. Its latest update aims to keep it ahead of its rivals in what its one of the most competitive segments in the market. So, does it do enough? 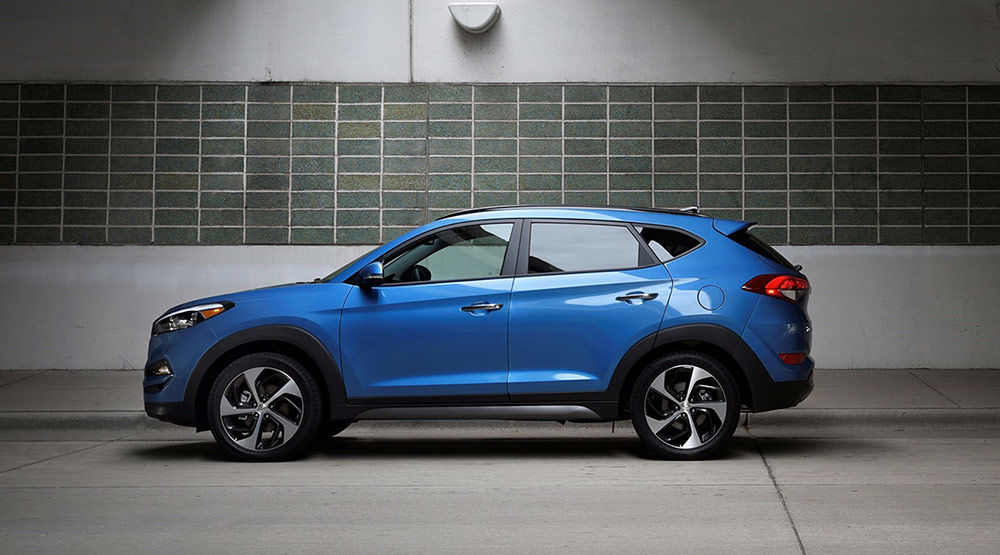 The Tucson is available in four variants and with a range of petrol and diesel engines. The base engine is a 2.0-litre petrol unit that produces 121kW of power and 203Nm of torque. A 2.0-litre turbo diesel option puts out 136kW and 400Nm, while the new 1.6-litre turbo petrol produces 130kW and 265Nm. All are relatively frugal for a vehicle this size, with claimed fuel usage well below eight litres per 100km across the range.

What do the reviewers say?

Reviews for the Tucson have been largely positive, with many testers impressed by both its comfort, frugality, and driving dynamics.

"(The Tucson) combines all of the strengths of the South Korean brand – good value, decent equipment, five-star safety and locally-tuned suspension that makes it both comfortable and enjoyable to drive." 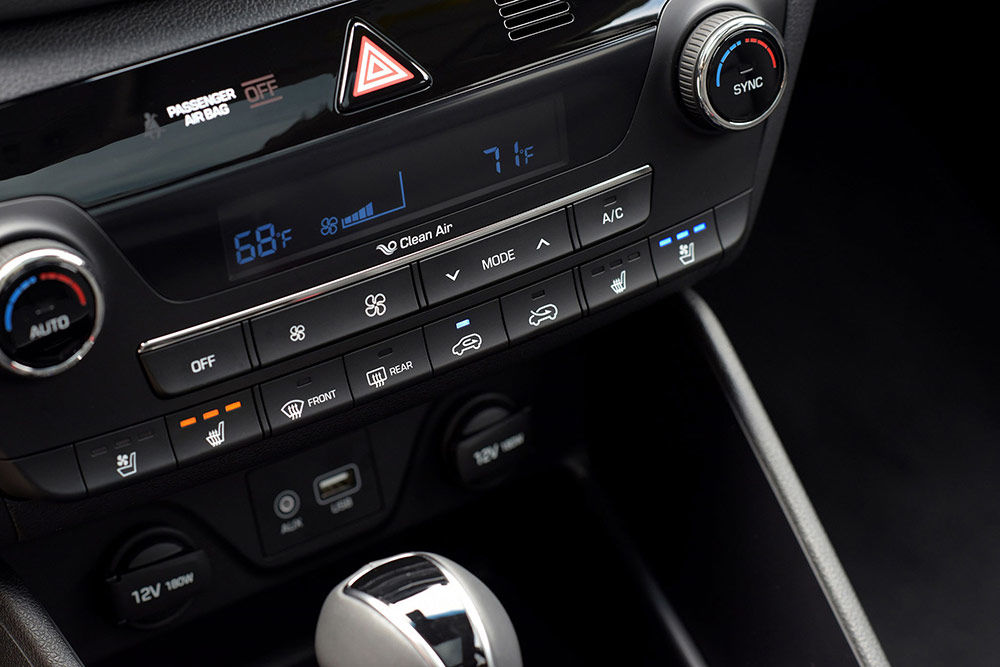 "The Tucson offers a nice balance between comfort and agility while cabin noise is minimal. Passenger space is generous for passengers and cargo while build quality is high, making the Tucson feel well put together." 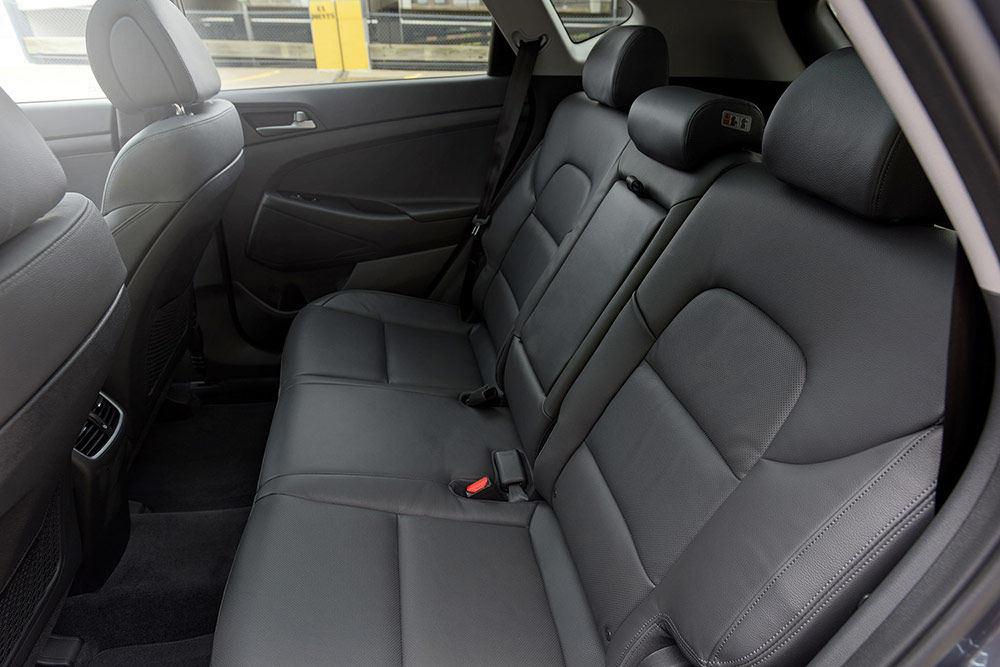 "(It's) roomy, good-looking, well-built and rides and handles as well as anything else in the class. It's a difficult car to fault, even when it's been in our hands for lengthy periods. The fact it has squared up to the Japanese and Germans and held its own means it has to be very good, indeed."

"As the driver you do feel snug in the cockpit surrounded by the soft fabric seats, the wide console and armrest and a nicely moulded leather steering wheel giving great control of the vehicle. It’s hard to fault the Hyundai Tucson no matter which variant you pick. A definite one to add to your mid-size SUV shopping list."

- Simon Lai, Behind The Wheel

Sounds pretty good. Are there any complaints?

As it turns out, yes - but probably not enough to outweigh the positives.

"The Tucson’s otherwise refined demeanour was let-down by a heavy drone of tyre on road. In a competitor set keenly focused on better attenuating tyre noise, the Tucson felt dramatically underdone."

"The dual-clutch transmission isn't perfect, with hesitation at low speeds and a frustrating inability to quickly shift from D to R to D when you're in a hurried three-point-turn manoeuvre."

"The available 1.6-liter turbo-four offers plenty of power for daily use and won’t have trouble passing or merging but it’s not quite a match for crossovers powered by larger 2.0-litre turbo-fours and V6s. " 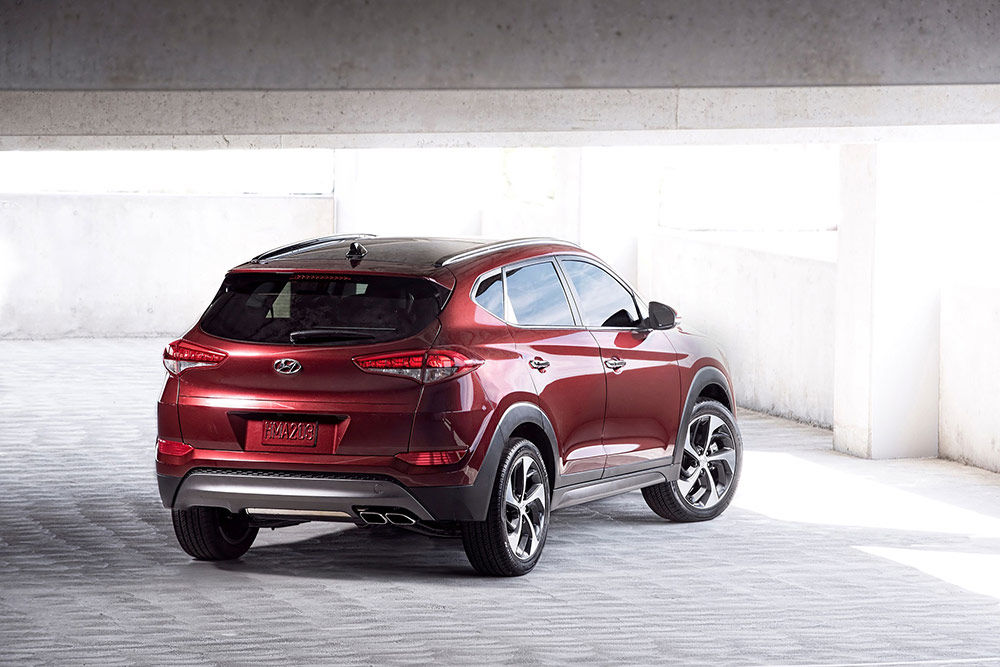 Does it have the space we need?

The Tucson is a fairly large car at 4.475 metres long, 1.85 metres wide and 1.65 metres high. Luggage space in the back is liberal, with 488 litres available with the seats up, and 1478 litres with the seats down. That'd plenty of room for bags, toys, scooters or whatever else you need to lug around.

The wheelbase is 2.65 metres, meaning there's plenty of legroom in the back for adult passengers (or tall teenagers). There's four cup holders and four bottle holders, plus plenty of storage compartments for phones and iPods. 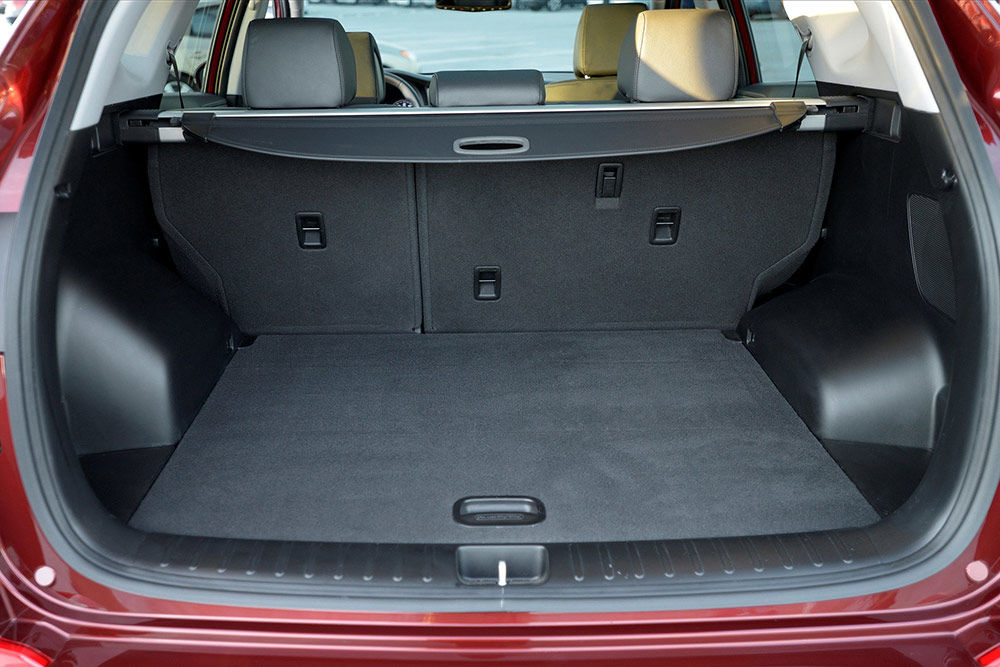 Should you get one?

If you're on the market for a mid-sized SUV, the Tucson is a serious contender. It faces heavy competition from rivals including the Mazda CX-5, Honda C-RV, and Volkswagen Tiguan, but does more than enough to hold its own.

Is it best-in-class? That depends on who you ask, but the differences are marginal and will probably boil down to personal taste.

The new 1.6 litre turbo is a good little engine with a surprising amount of pulling power, and is the clear pick of the available engines.

All models represent good value, but it would be nice if the modern safety features of the Highlander made their way down the range to the cheaper Active and Elite models, even as options.

Minor complaints aside, you really can't go wrong with a Tucson. Backed by Hyundai's impressive five-year, unlimited kilometre warranty (plus roadside assist), you can relax and enjoy the ride.