The iconic muscle car wants you. But do you want it?

What can we say about the new V8 Ford Mustang that hasn't already been said?

Yes, it's still sad to see it's predecessor, the XR8 drive off into the sunset.

Yes, the 2 star ANCAP safety rating is disappointing and...

Yes, that waiting listing list is still as long as ever.

Do you want to buy one? Of course you do. It's the new V8 Mustang! Should you though? Well, maybe. 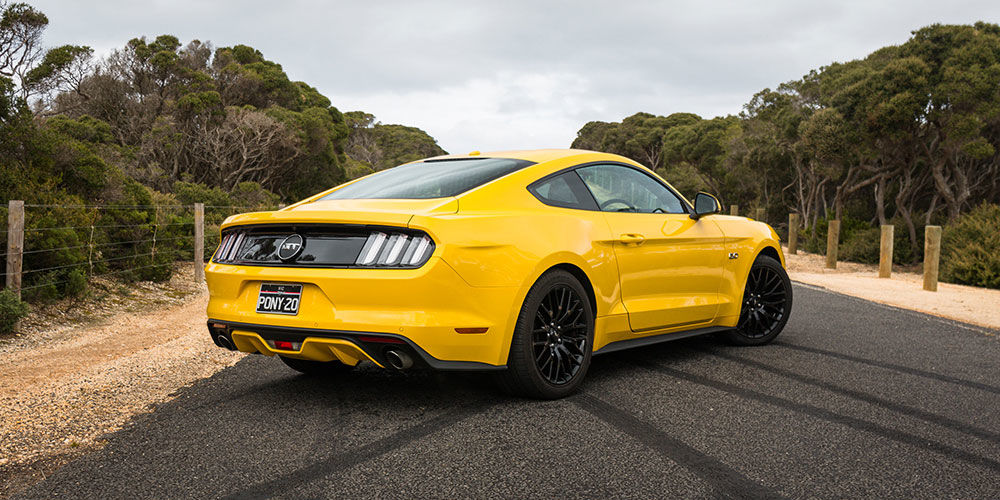 Want to finance a new Mustang? We could help you to get a car loan.

What the critics say about the new V8 Mustang

"Heavy handed, muscular, short-tempered, and yet no worse for it. This is a muscle car that requires some actual muscle to drive. About bloody time."

"The Mustang looks good, sounds good, goes hard and is fun to drive, and backs up its robust emotional appeal with red-hot value and no-hassle ownership."

"So the 2016 Mustang is something special. It's everything a Mustang should be and needs to be. The styling nods to the past while still looking forward — then there's that old-school V8 under the nose." 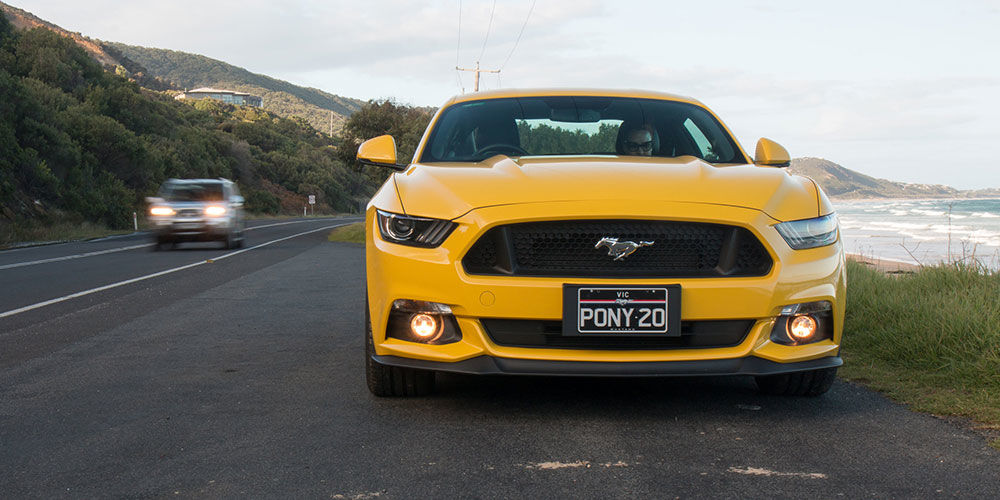 There's no doubt about it. If you buy a new Mustang, you're going to love it. It's big, brash and exciting. It's also more than half the price of its German muscle car rivals.

But, the Mercedes Benz AMG C63, BMW M5, and Audi S8 aren't the only muscle cars that the Mustang has to compete with, at least for now. Because, for the time being, Australia's iconic V8s are still on sale. And, neither the Ford Falcon XR8 nor the Holden Commodore SS will be going quietly into that good night.

Both Ford and Holden have thrown everything they've got at these final editions, and the result has been astounding, with critics hailing the last XR8 and SS as the definitive examples of the breed.

And you know what else? Depending on how hard you're willing to haggle, you could pick up either for $4,000 - $10,000 less than the Mustang.* And there's no lengthy waiting list either. 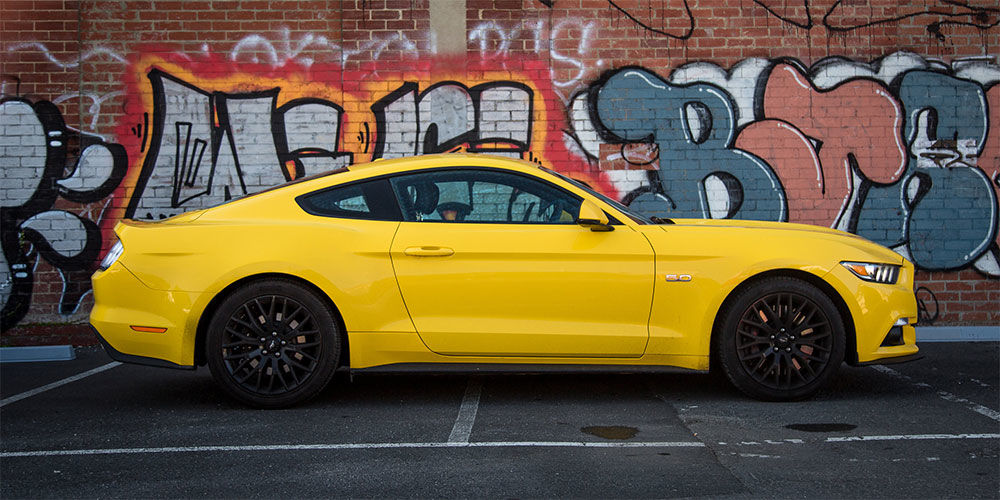 The critics comparing the Mustang, Falcon XR8 and Commodore SS

"The Holden is nicer to sit in, cheaper to buy, and it sounds way better than the rest. (...) We’ll take the one with the lion badge and the World War One soundtrack."

"Let us never forget, when the sun goes down on the XR8, that for covering vast distances, carrying five folks and dishing out massive bang for the buck, nobody in the world has done it better."

"When you factor in the Mustang's lengthy waiting list and the impending end of the Aussie-made Commodore, picking the Holden seems like the obvious choice for anyone who loves a great V8." 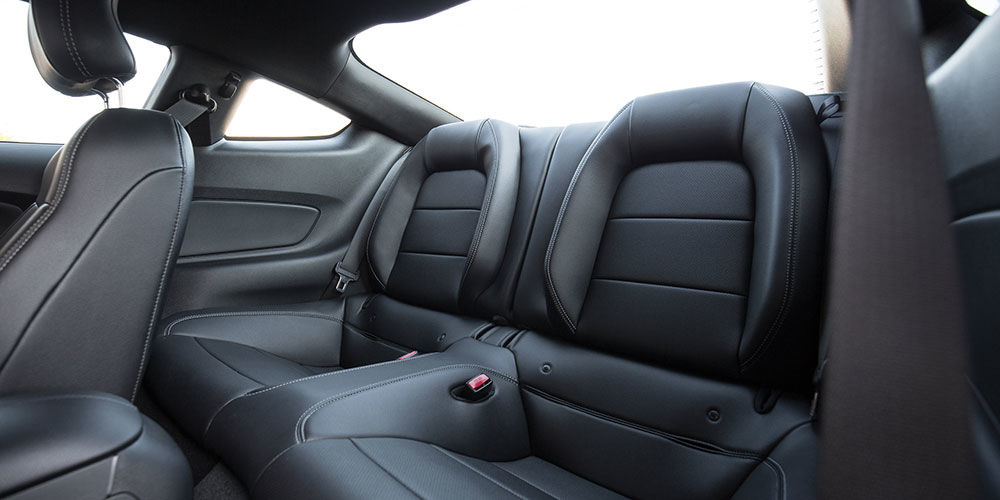 It's not perfect. Still, do you care?

If you're looking at buying a V8 fire-breather with two doors and upwards of 300kW of power, chances are you're not concerned with everyday practicalities. Which is good considering the back seats have been described as cramped at best and a joke at worst.

Boot space is okay, but some critics have flagged the fairly small boot opening, saying that the boot lip is high and narrow because of the way that the rear lights are mounted. It's not a deal breaker, but it's something that could get annoying with time.

Most worryingly, though, is that 2 Star ANCAP Safety Rating.

We wouldn't normally recommend a car with such a low rating, let alone one that's capable of doing 0 - 100km in about 5 seconds. But then again, the Mustang isn't a normal car...

This is a call every wannabe Mustang driver will have to make. If they're transporting a family or children, though, we'd advise looking elsewhere, or at the least waiting until Ford ups their game in a later model. 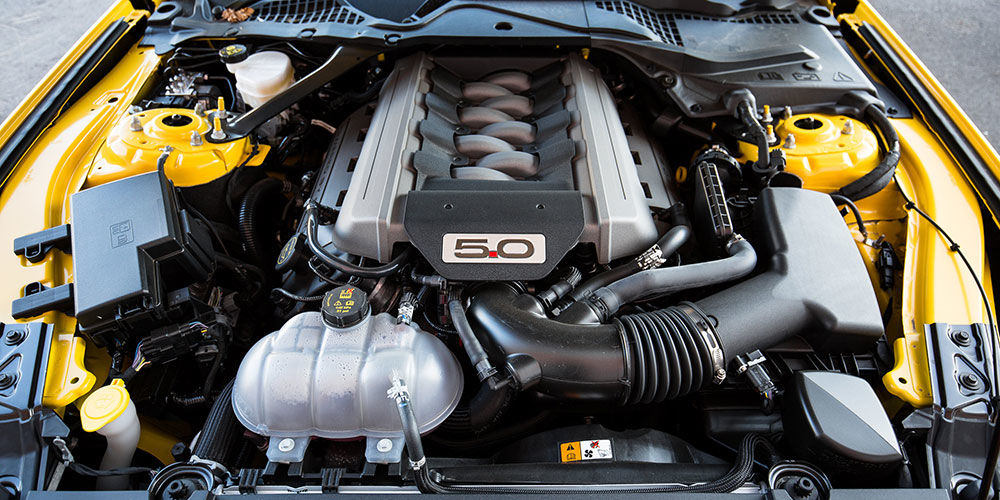 On safety and practicality

“The safety of adult occupants, child occupants and the ability to avoid a crash all form the basis of our ratings and the Mustang falls short in each of these areas,”

"Getting into the boot may leave you with your hands dirty too. The boot release button is mounted out of sight just above the rear numberplate, an area certain to get covered in road grime."

"It mightn’t surprise you to hear the back seats are a joke with nary enough room for a bag or two, let alone a full-size human, but when you’re sitting in the driver’s seat you probably won’t care." 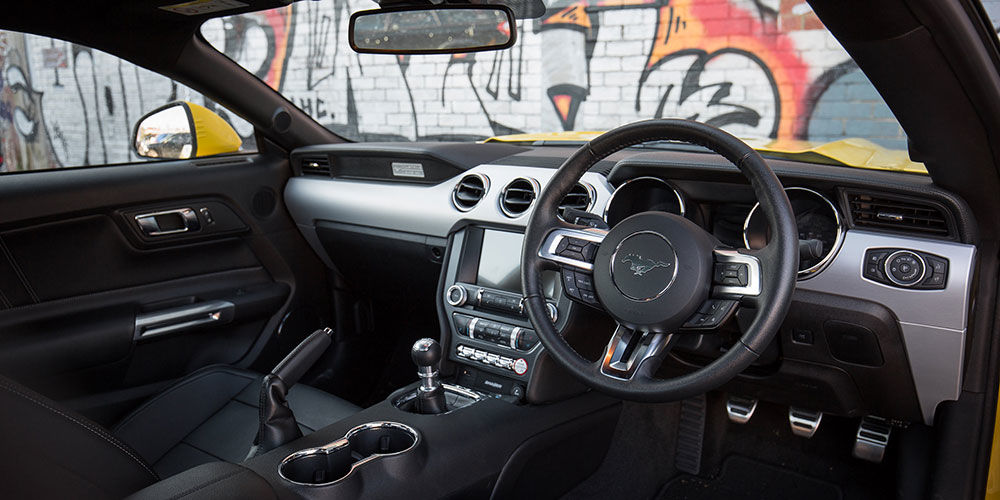 What about the 4 cylinder Mustang EcoBoost?

Could you drive a non-V8 Mustang? Surely not. A thumping V8 is what the breed is known for. Can you imagine explaining to your mates that the heart of your new pony is actually a four cylinder?

Well, if you can, you're potentially in for a treat. Because the EcoBoost may just be the thinking man's Mustang. For example, it's more than ten grand cheaper than the V8. It'll also save you a packet in fuel over the years. And, best of all, you may be able to get one at a fraction of the waiting time.

You still get the exquisite styling, the badge, plenty or torque, and pretty much the same interior styling. And, of course, it's worth noting that the Ecoboost is only slightly slower from 0 - 100km. It takes about 6 seconds, compared to the V8's 5 or under.

If you've got thick skin and can bear your mates' witticisms, the EcoBoost could be the way to go

What the critics say about the Mustang EcoBoost

"To the naked eye, the Ford Mustang is instantly recognisable regardless of how many cylinders sit under the bonnet. So $46k buys you a lot of presence and character."

"Objectively, the four-cylinder Mustang ticks a lot of boxes. It’s quick enough and reasonably frugal, it looks brilliant, is an enjoyable drive and good value for money." 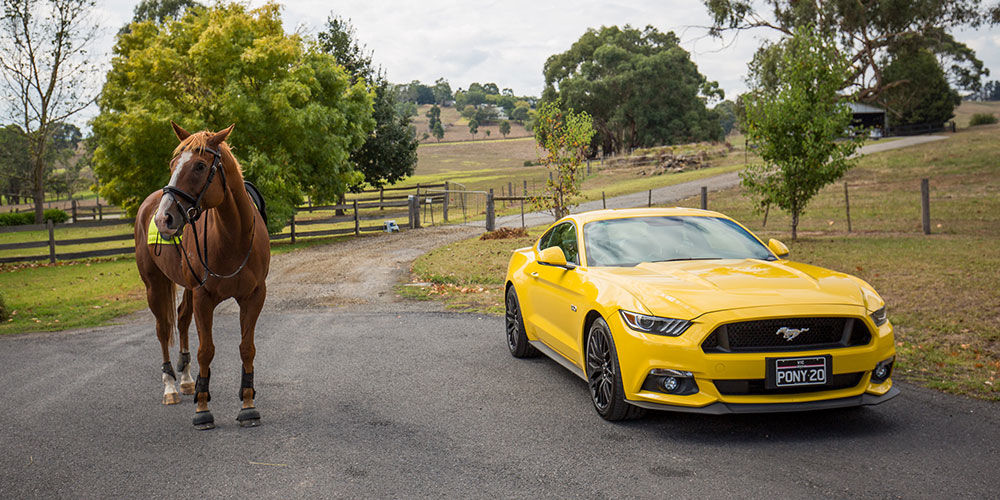 If you want one, chances are, you're going to buy one.

Here's the thing. If you want a Mustang GT, you're going to buy one.

No waiting list, cheaper and no less impressive local V8s or minor yet ever-present niggles are going to deter you. The Mustang GT is just one of those cars, it's what they call 'special'.

If you're browsing a few options for your next sports car, though, it's worth noting that all the other vehicles mentioned in this article. The Ford Falcon XR8. The Holden Commodore SS. The Ford Mustang Ecoboost. They all deliver a lot of the bells and whistles without some of the drawbacks.

So, before buying, we'd recommend asking yourself simply: Do you really want a V8 Mustang?

The answer's yes isn't it?

Well, in that case, we could help you to finance it.