Can the Mondeo win the hearts of Falcon fans?

With the Ford Falcon sadly saying farewell, Australia needs a new family sedan to fill the void. Ford believes they have just the ticket, the new 2017 Ford Mondeo.

But can it win over fans of the classic Aussie sedan? Or will drivers be left reminiscing about when four door family cars were designed and built right here in Australia for Australians?

Let's take a look at the new Ford Mondeo to find out.

How does it look? 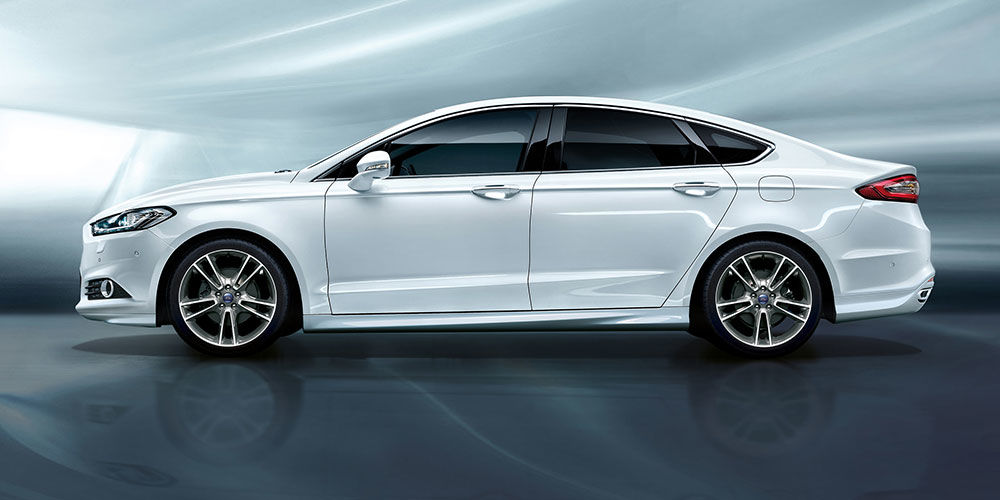 The Ford Mondeo's 'coolness factor' was cemented when it hit the big screen in the 2006 movie Casino Royale. But really, is it hard to make a car look slick when James Bond is behind the wheel?

Since then, Ford has refined the look of the Mondeo, taking more than a few pointers from that other Bond car manufacturer, Aston Martin. But, hey, if you're going to take inspiration from somewhere, it may as well be from a supercar maker, right?

For our money, the 2017 Mondeo looks spot on. It's sleek with strong lines, an aggressive grille, and menacing head lights. It looks quick, sophisticated, and as stated above, very, very cool.

"The front of the Gen 4 Mondeo was been given a bigger grille than the previous model, with a honeycomb fill and daytime running lights that combine with the flowing profile to produce an eye-catching sporty looking car." - Alistair Kennedy, CarsGuide

Is it well equipped? 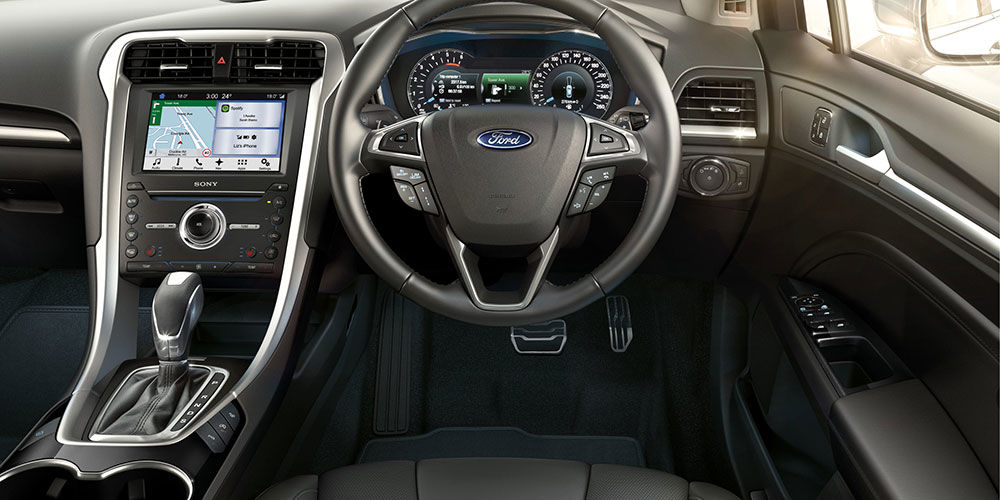 The Mondeo comes equipped with an 8" touch screen from which you can operate Ford's Sync 3 system. Or if you like, you can hook up Apple CarPlay or Android Auto for a seamless car/smartphone experience.

There are all the luxuries you'd expect from this type of car in 2017, including satellite navigation, voice control, and streaming service connectivity. Other features you may like include park assist, blind spot detection, lane keeping aids and reversing camera.

Overall, this is a very well equipped vehicle with plenty of great features. If you like your gadgets, buttons and switches, you're sure to be amused for hours.

"Although it might not be from a prestige brand, the Mondeo has some neat features that make driving more relaxing, such as the radar cruise control." - Feann Torr, motoring.com.au 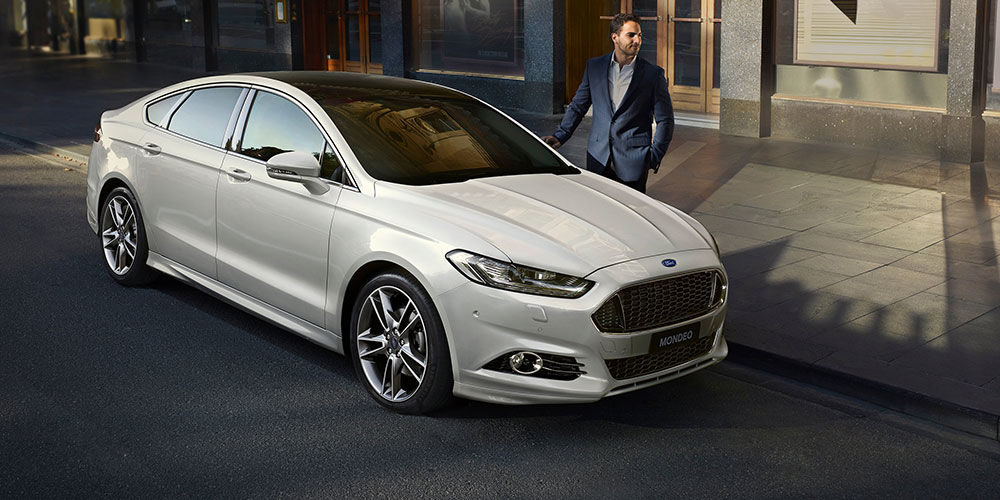 The boot features 557 litres of space and a huge 1356 litres of space with the seats folded down. That may not seem massive compared to some SUVs, but for a Sedan, it's mighty impressive.

The inside of the vehicle is spacious. Even in the back, adults get ample head and leg room. There are cup holders and plenty of pockets and spaces for storing bits and bobs.

Dual zone climate control will keep you comfortable in the heat of summer and the chill of winter. It's also voice activated, which is a nice touch. It'll help you to keep your hands, where they belong, on the wheel.

"There are big door pockets, that on the driver’s side even include an envelope holder next to the speaker – handy! There is a clip under the visor for holding car park entry tickets and a big glovebox too." - Tom Fraser, CarAdvice

How does it drive? 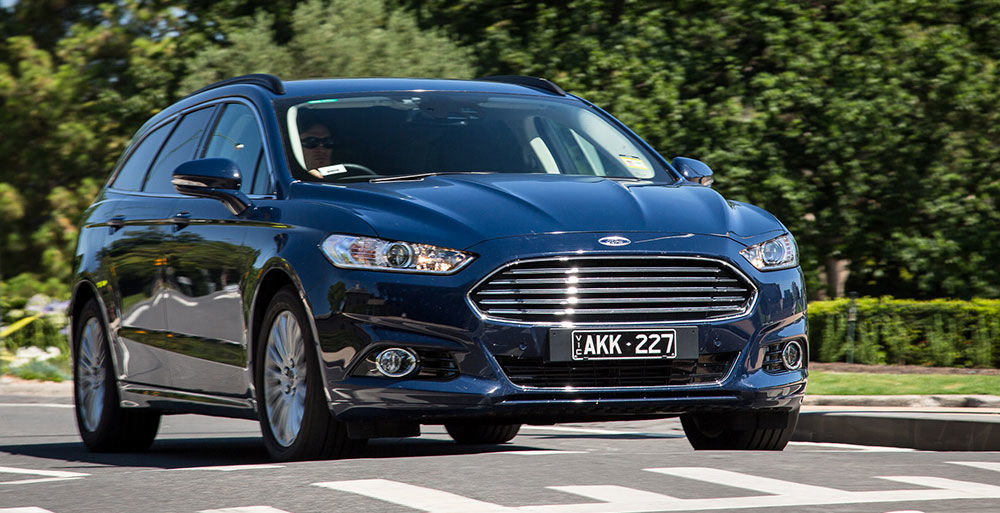 The Mondeo comes with a choice of two engines. The 2.0L Ecoboost petrol engine and a 2.0L TDCI Diesel engine. Both are very gutsy performers with a responsive feel and more than a bit of fun.

Coupled with the engine is the option of a 6-Speed Automatic gearbox with 'paddle shifters', which are very cool and very clearly inspired by the racing cars which feature similar paddles.

Features such as auto stop-start and adaptive cruise control make driving a little easier and are welcome additions. Overall though this is a comfortable and exceptionally capable drive.

Should I buy one?

If you're looking for a family sedan to take over from your old Falcon, the Mondeo is a very effective replacement. It's good looking, well-equipped, practical, and good to drive.

Alternatives include the Volkswagen Passat, Mazda 6 and Toyota Camera. Those are great cars too, but they don't come with the classic blue oval badge. Simply put, if you're looking for a Ford family sedan that isn't a Falcon, then the Mondeo is hard to beat.