It's not a self-driving car. But it's darn close.

Integrated autopilot system. Ludicrous speed. Fully electric motors. It's features like these that make the Tesla Model S P90D sound like a futurist's dream of things to come. Yet, it isn't. This new Tesla is here right now and ready to be driven on Australian roads.

The 2016 Tesla Model S P90D is a powerhouse of gadgetry and cutting edge technology. It's a testament to what can be achieved with computers and electric motors. It's a car that refuses to compromise, especially when it comes to its eye-watering price.

While few will be able to afford the $200k+ price tag, this Tesla does give us an idea of what we can expect from the cars of tomorrow. It's a vision of the future, which you could see driving by today.

The car that (almost) drives itself

The Tesla Model S can change lanes without the driver touching the wheel. It's able to keep pace with surrounding traffic, which partially offsets the need for braking and accelerating. It can even hold its position in a lane. And it does all of this autonomously via a sophisticated mix of software, cameras and 360-degree sensors. 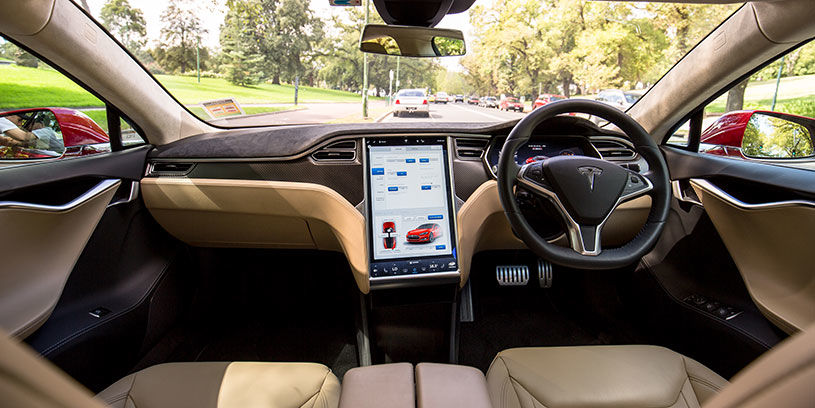 How good is it? Here's what drivers say.

"The Model S positions itself nicely in the lane, maintains a safe gap between other vehicles and constantly monitors the surroundings in a way which cultivates trust."
— Sam Charlwood, drive.com.au

"The thing is, Autopilot seems so bloody good that, after a short while, you gain faith. The way it scribes an arc around sweepers without pinballing from left to right within its lane is hugely confidence-inspiring."
— Andy Enright, Wheels Mag

"It’s very smooth in autopilot mode, although there are a couple of quirks I'm not convinced about."
— Ollie Marriage, topgear.com

Dubbed Ludicrous mode, this astonishing extra will get the Tesla Model S from zero to 100km/h in 3.0 seconds. The car will reach 161 km/h (100mph) in 7.7 seconds; which for reference is about as fast as the Dreamworld Tower of Terror thrill ride. Unlike the ride, however, the Tesla will go on to a top speed of 250km/h. 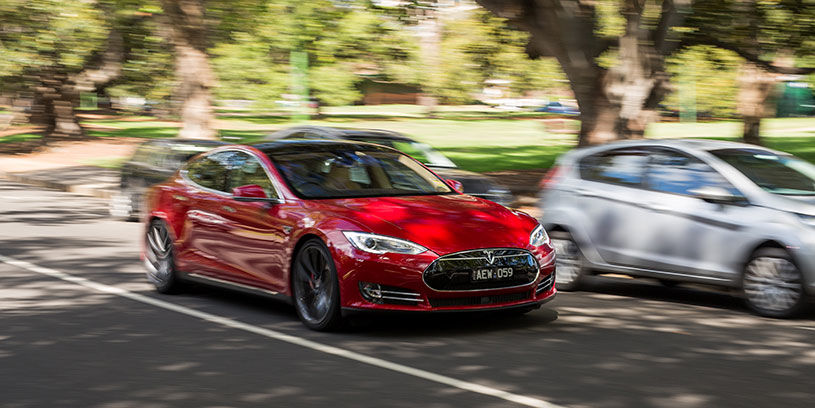 Of course, there are very few places where you can safely and legally reach these speeds. But, if you're an adrenaline junkie, with access to a race track and a large bank account, this very well may be the new performance vehicle of choice.

How it feels according to the drivers

"The car basically goes from standstill to warp speed in the time it takes to blink. It's a mind-blowing, face-wobbling, trouser-threatening experience."
— Leon Poultney, T3.com

"A full ­cardiac work-up is recommended for ­anyone interested in experiencing Tesla’s ­latest abuse of common sense."
— Don Sherman, caranddriver.com

"It’s astonishing. There’s no wheelspin, just an electrical whine and this vast, even pressure shoving you forward. It’s utterly relentless up to about 70mph, but after that it starts to tail off."
— Ollie Marriage, topgear.com

Just about everything on the Tesla Model S P90D looks as if it's from the future. From the sleek body shape to the 17 inch touchscreen bolted directly into the dash, the whole car exudes modernity. Both inside and out, it's quite unlike any other four door saloon on the market. It's striking and unlikely to be mistaken for one of its combustion engine counterparts. 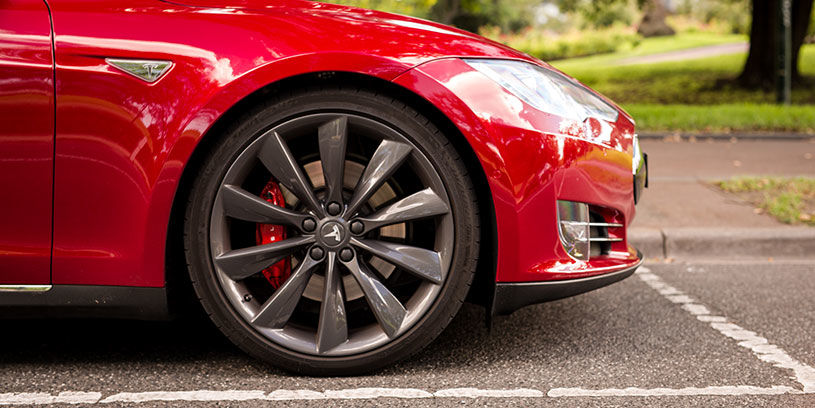 "Elon Musk has once again given the world a car that is among the most thrilling things on the road, not just for what it delivers, but for what it promises."
— Alex Davies, Wired

"This Tesla’s exploitation of Newtonian physics tops anything you’re likely to encounter this side of an amusement park or the Navy’s flight school."
— Don Sherman, caranddriver.com 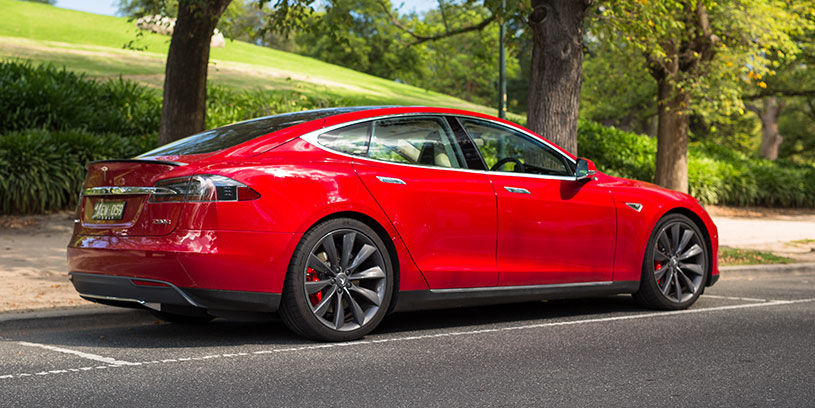 The 2016 Tesla Model S P90D is a premium-priced performance vehicle, with future trimmings and everyday practicalities. It's a car that demonstrates what is possible with the latest computers and technology. While its price tag puts it out of reach for most Australian drivers, it is an exciting look at what could be the future of automotive vehicles.