It's no secret that the small car market in Australia is extremely competitive. However, to the frustration of some buyers, there is a noticeable gap in the market: a light sedan that takes the compact features of a hatchback and makes them more appealing and stylish. Well, that gap may have just been filled with the arrival of the new Mazda 2.

The Mazda 2 Maxx sedan model has clearly had a lot of effort put into the design, the boot doesn't look like it was tacked onto the car as an afterthought as is the case with some other light sedans. Now there's a reason to buy a light sedan other than the extra space it offers.

According to the opinions of Australian car experts, the Mazda 2 Maxx has a lot to offer for a car of its size and price range. 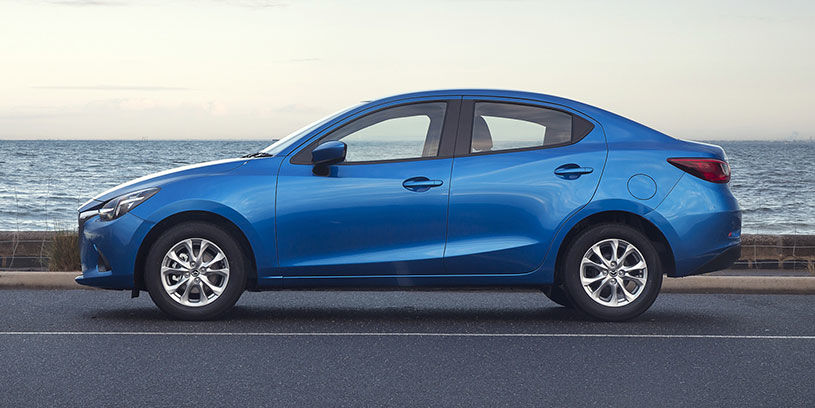 The Mazda 2 Maxx performs well across the board. The 1.5-litre petrol engine is quick in urban driving, but a little lacking in power when you leave the suburbs, which is to be expected for cars of this class. The steering is a noted highlight with the Maxx taking corners extremely well and the transmission is refined and responsive in both auto and manual forms.

"The Mazda 2's steering is excellent: sharp and progressive... It encourages you to throw it into corners and responds with impressive balance and agility. It's fun to drive like no other light sedan."
— Tim Beissmann, CarsAdvice.com.au

"It's in the drive experience, and the general feel-good nature, that the new sedan shines through."
— Tim Britten, Motoring.com.au

"The 81[kW] engine doesn't exactly make the Mazda 2 a sports machine, but its performance will suit most people."
— Ewan Kennedy, CarsGuide.com.au 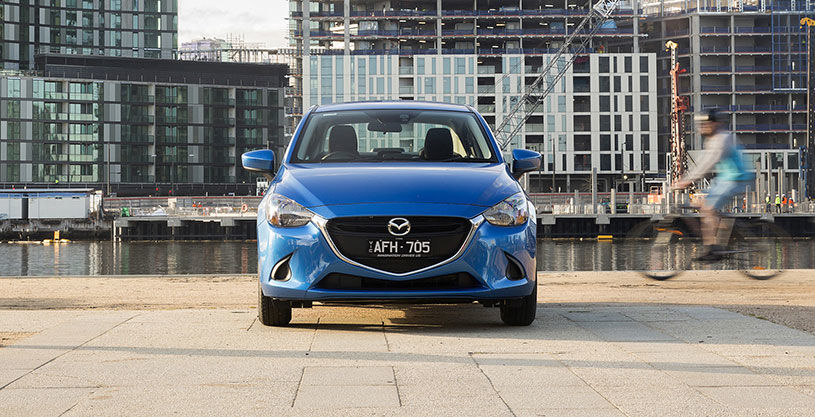 With the Mazda 2 sedan, Mazda has done what other car manufacturers have struggled to do: they've designed a light sedan based on a hatchback with a boot that isn't just an awkwardly stapled on afterthought. Inside and out, the Mazda 2 sedan looks modern and sleek, especially the range-topping Maxx with its range of interior upgrades. 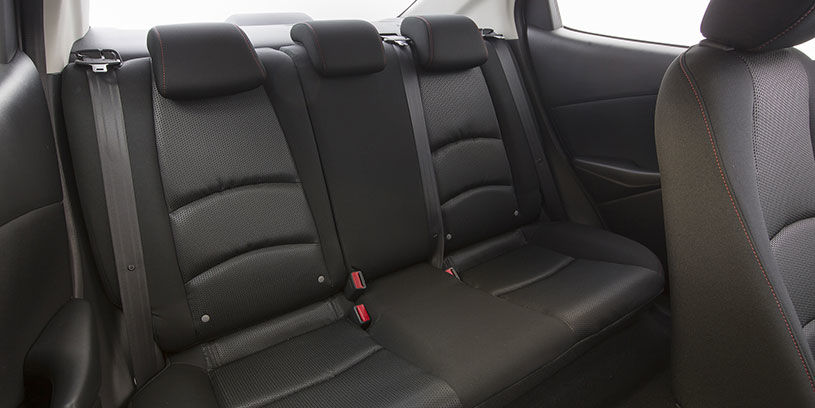 "...the designer of the Mazda 2 sedan has penned it with a sloping tail to give it the appearance of an extended hatch."
— Ewan Kennedy, CarsGuide.com.au

"The result is a cohesive design that elegantly combines the Mazda 2's cute face with a stylish (if a little bubbly) rear end that looks like a miniaturised version of the Mazda 3."
— Tim Beissmann, CarsAdvice.com.au

"The feeling is you're in something a bit more special that the average sub-$20,000 runabout"
— Tim Britten, Motoring.com.au

There's an impressive list of features on the Mazda 2 Maxx sedan, especially considering its price point. Inside the cabin, there's a 7.0-inch touchscreen with Mazda's MZD Connect system, rear-view camera, push-button start and cruise control, with sat-nav as an optional extra. The car also features an idle-stop engine system which improves fuel economy significantly over the entry-level model.

"The steering wheel features buttons for cruise control and infotainment functions, the half-digital instrument cluster looks slick, and the Maxx's MZD Connect System is the best available outside of a premium car."
— Tim Beissmann, CarsAdvice.com.au

"The dash is beautifully presented and the multi-function LCD screen, standing high and proud and offering a choice of iDrive-style or touch-screen control, brings to mind some high-end luxury cars."
— Tim Britten, Motoring.com.au

"All of the latest cars coming from Mazda have class leading interiors and the new 2015 Mazda 2 sedan continues the tradition."
— Marc Grieg, CarShowroom.com.au

Mazda is the first car manufacturer to make a serious attempt at designing a light sedan that is as good or better than its hatchback counterpart – and according to the experts, they've succeeded in this mission. Until now, the light sedan market has been only a small part of a market dominated by hatchbacks, but with the success of the Mazda 2 Maxx sedan, we might see a resurgence of interest from consumers and other manufacturers.