A swansong for the Aussie made V8 Falcon

This is no ordinary Ford Falcon. The 2016 edition of this iconic Australian saloon will be the last to roll off of Ford Australia's production plant in Broadmeadows, Victoria.

That it's the last is the bad news, the good news is that Ford won't be going quietly into the good night. With the new Falcon XR8 and XR8 Sprint, Ford has proved that they intend to go out with a bang.

The 2016 Fold Falcon XR8 is a big, brutish V8 muscle car. It's a fitting tribute to the Falcon's more than 65 year history, it's a blast to drive, and (surprisingly) exceptional value for money. 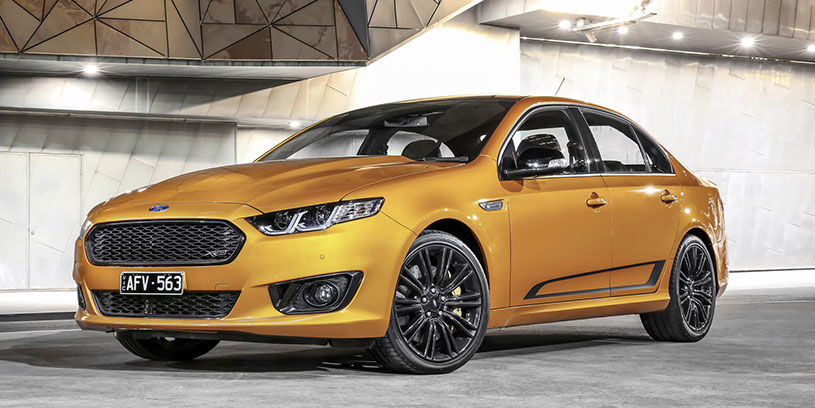 With this last Falcon XR8, Ford haven't held anything back. Its Boss 5.0 litre, supercharged V8 engine produces a huge 335kW of power, along with 570Nm of torque, and that makes the car quick, really quick.

The XR8 Sprint in particular, which has an even more powerful tuned up engine, is reportedly capable of 0-100km/h in just 4.5 seconds. It'll then cruise on to a (limited) top speed of 230km/h.

For reference, that 0-100km/h time is only 0.2 seconds behind the latest BMW M3, which costs more than twice as much. That means, for pure speed, the XR8 really is brilliant value.

How does all that power feel? Here's what the drivers say.

"If you want ultimate bang-for-buck performance for 60 grand, the 2016 Ford Falcon XR8 Sprint delivers that in spades."
- Anthony Crawford, caradvice.com.au

"Lusty, old school and borderline brutal: All things we love about an Aussie V8, and it's no different with the XR8 Sprint, which ticks plenty of boxes."
- Toby Hagon, drive.com.au

"It has an enormous personality and that most difficult of traits to engineer - it’s loveable. Truly, few new performance cars are loveable these days, let alone likeable."
- Dylan Campbell, motormag.com.au

Falcon XR8 vs. the XR8 Sprint

At this point, choosing between the Falcon XR8 and the Falcon XR8 Sprint is purely theoretical, what with the limited Sprint editions already sold out. But for arguments sake, let's compare the two.

So, on paper at least, there's not a whole lot that separates the standard XR8 and the Sprint. The real difference is in the details and the exclusivity of the now sold out Sprint.

Compare the pair. Here's what the drivers say.

"The base FGX XR8 jiggles over small bumps and thuds over bigger ones, making for quite the firm ride, but the Sprint is far more calm and comfortable without giving up crucial body control."
- Dylan Campbell, motormag.com.au

"It feels almost identical to the garden variety XR8. And while I'm sure a back to back comparison would yield differences, they'd be tiny."
- Toby Hagon, drive.com.au

"Visually, Sprint models are marked out by 19-inch black painted alloys, headlight bezels, side mirrors and boot-lip spoiler. There are Sprint badges and decals, while the XR8 additionally gets a black roof and quad pipe black exhaust."
Philip King, the Australian

The XR8's exterior styling is subdued. It won't be to everyone's taste, but we appreciate the timeless look. Its design is very different to that of the flamboyant Mustang; the car set to replace the XR8 next year.

The interior, on the other hand, has received mixed reviews. The main complaints being the 'cheap' feel of the steering wheel and dash, as well as the less than ideal driving position.

Still, it's a big car with plenty of room in the front, back and boot. The XR8 is definitely a performance vehicle. However, it doesn't skimp when it comes to everyday practicality. 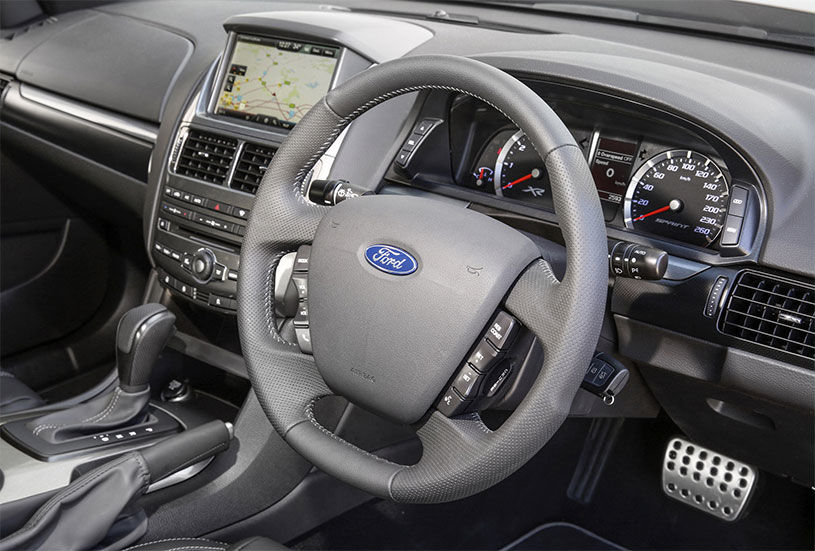 What the drivers say about the interior

"Space, too, is one thing the Falcon isn't lacking, especially in the rear. The seats are broad and accommodating, and there's no shortage of head or leg room, making it easy to fit plenty in."
- Toby Hagon, drive.com.au

"The interior is quite generic for the price you’re paying. You get leather, but it’s just about as synthetic as it gets and it certainly doesn’t feel very luxurious."
- Campbell Simpson, gizmodo.com.au

"The styling is classy, more like something one would expect out of the luxury market and a far cry from the lairy FPVs it superseded."
- Kris Ashton, mynrma.com.au 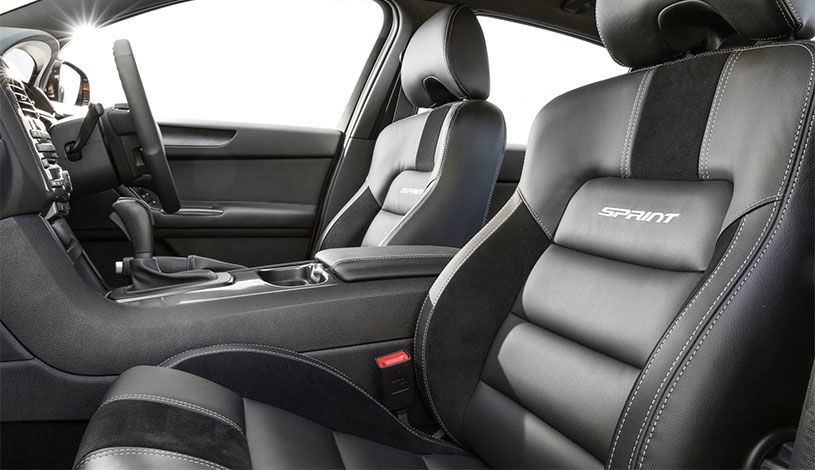 With waiting times for the new Ford Mustang topping 12 months, the XR8 is sure to be a real contender amongst Australian drivers, and it deserves to be.

It's clear that with the final Falcon XR8, Ford weren't looking to hold anything back. It's a full on, no holds barred, V8 muscle car, and is a perfect sendoff for the iconic Australian made Falcon. 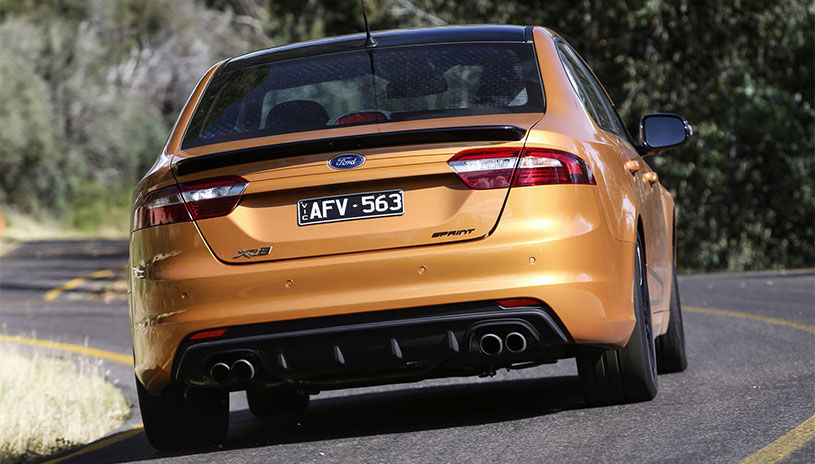