A Big Car for a Big Family

The flagship Grande puts a premium on superfluous features. At its heart, however, the Kluger is a widely-recommended car for big families.

The Toyota Kluger is one of a number of large family-oriented SUVs available on the Australian market. Its main appeal is to large families as a seven-seater SUV which ticks most boxes in terms of practicality. This is not, however, a real off-roader or adventure vehicle; its natural habitat is the city—or at least the suburbs, given its size.

The Grande is the top-of-the-line model from the Toyota Kluger range, which also includes the mid-range GXL and the entry-level GX. For an extra $4000, all models can be upgraded from a standard front-wheel drive to an all-wheel-drive model. The flagship AWD Grande is close to $23,000 dearer than the entry GX—a significant asking price from Toyota, and one which may be out-of-reach for some families.

So, what do you get if you fork out extra for the Grande? Read more to discover the practicality of the Kluger as a large family cruiser, and whether the flagship Grande is worth the significant premium. For more information about car loans, including bad credit car loans, call the Rapid finance team today on 1300 467 274. 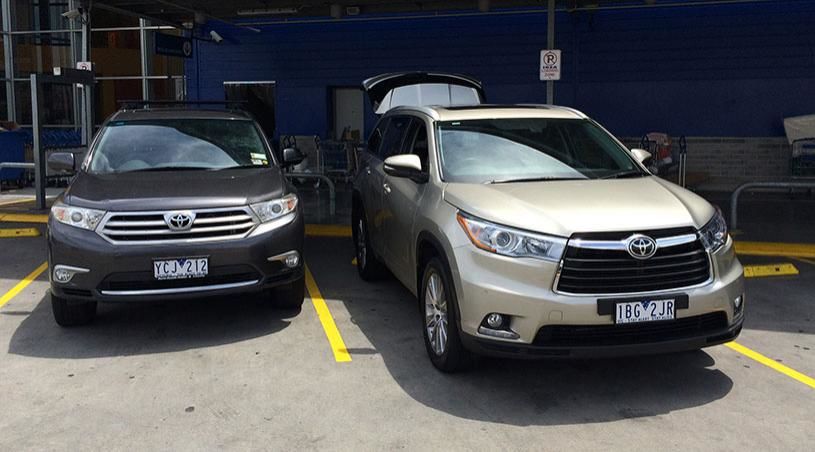 The Kluger is big.

Large families need space. And the Toyota Kluger has plenty: it’s a 7-seater behemoth that is up to the task of even the biggest of family outings. Indeed, space is one of the Kluger’s biggest selling points, and it’s the first thing that most drivers will notice when they first hoist themselves into the driver’s seat.

This assessment is backed up by Toby Hagon from Drive. He also notes that the large amount of available space translates to a roomy rear seat row. “Those regulated to the back will at least have enough cushion space for an adult bum,” write Hagon. 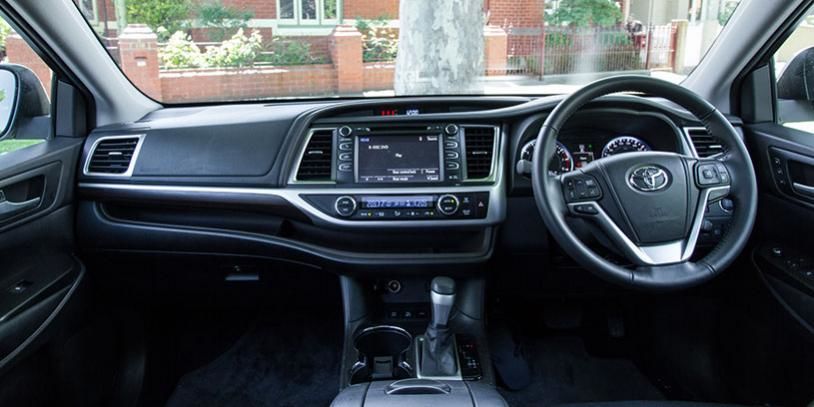 Although the Kluger’s size earns points on one hand, when it comes to everyday driving the SUV can be a heavy beast. “Nimble it is not,” writes Robert Pepper for Practical Motoring, “…there are low-range 4WDs that handle more sharply.”

Size is one thing, practicality is another. For a SUV to make the cut as a large family vehicle, it needs to do more than fit every member of the family inside the cabin—the vehicle should tackle family tasks in comfort and style! The Kluger ticks all the comfort boxes, however it is a less convincing car when it comes to overall class.

It may not be the most classy (or the most nimble), but the comfort and space translate to overall practicality.

Although the premium Grande has some luxury features, including heated front seats and a leather trim, most of the premium-price goes into extra technology and safety features. This means that, according to Richard Blackburn, the Kluger Gradnde is outclassed by similarly-priced Kia Sorentos and Ford Territories in terms of build quality and design appeal. 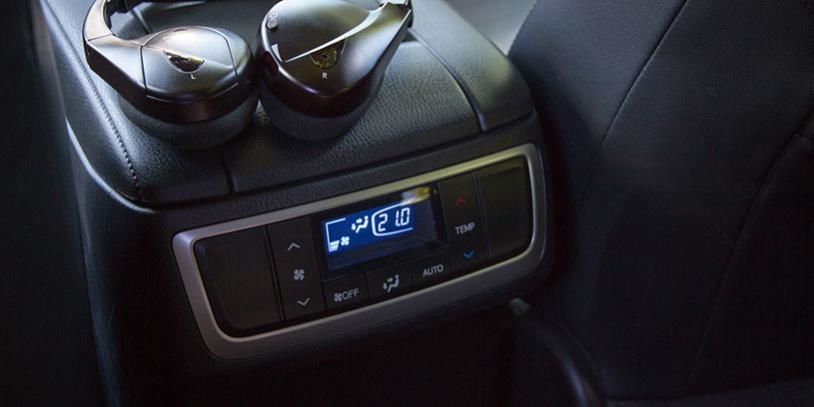 But comfort-wise, the Kluger is a winner. “What the Kluger lacks in style, it makes up for in comfort,” Blackburn notes in his review.

On balance however, the Kluger Grande is perfectly practical and up to the challenges of big families. It may not be the most classy (or the most nimble), but the comfort and space translate to overall practicality.

However, these advantages are not exclusive to the flagship Grande; size and comfort are available across the Kluger range. So, what is your reward for forking out for the Grande? Technology. Lots and lots of technology.

Is the Grande too smart for its own good? 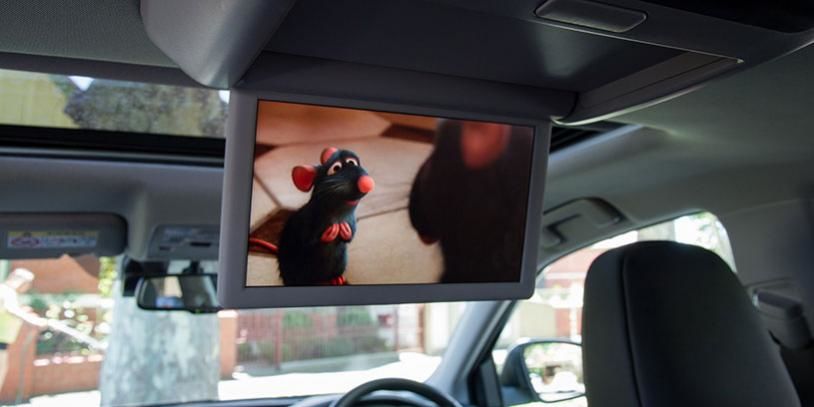 These extra come at a significant cost: the flagship Grande's price tag sails close to $70,000—an almost 25% premium over the mid-range GXL. Is it worth it? The overall consensus is... not really.

Most critics had a hard time with these advanced systems and were not entirely convinced of their necessity. According to James Ward from Car Advice, the lane departure system triggered plenty of false positives. The pre-collision system was also sensitive according to Toby Hagon, who claimed it went off three times without another car in sight.

The sat-nav lock when the car was moving is another gripe. “First of all, have you ever heard of a ‘passenger’?” laments James Ward. His verdict, in the end, was that the sat nav wasn't a particularly intuitive system, preferring using a phone instead. The irony is not lost on him: “Isn’t this that the type of distraction the nav-lockout is trying to avoid?” 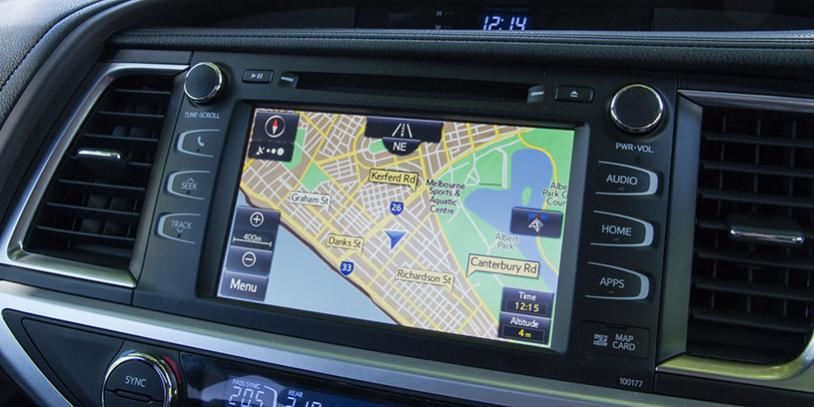 Despite its pitfalls, the Kluger is a widely-recommended car, though the top-line Grande might be overkill for most large families.

James Ward’s assessment also concludes that the Kluger is a great car for families. However, he takes it one step further, declaring that the Grande is not worth the steep premium. He instead recommends the middle-range GXL as the best choice, at least in terms of value for money.

“Grab a TomTom for navigation and an iPad for the kids, pay attention while driving and put that $13,500 saving back into the family,” says Ward.

Robert Pepper, in his review, comes up with a similar conclusion but different recommendation: “Out of the range I reckon the GX is the best-value.” 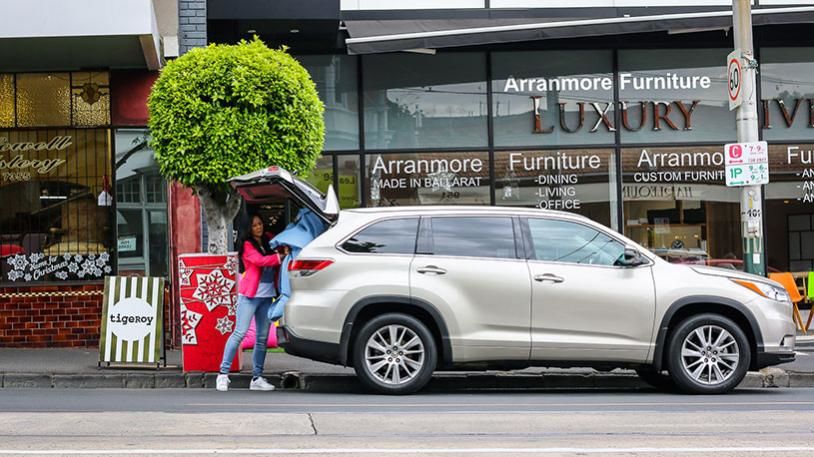