The Toyota HiLux has been found across Australian worksites for over 35 years, being the top choice of for both tradies and company fleets. Such ubiquity with trade, construction and mining has helped make Toyota one of the largest vehicle dealer networks in Australia.

Even with new powerful utes now on the market, the HiLux remains the bestselling ute in Australia, thanks to its reputation as a solid and reliable vehicle. Even Jeremy Clarkson couldn't destroy a HiLux. The 2015 SR5 continues the Toyota HiLux tradition of being a reliable, no fuss utility vehicle which performs well under all conditions.

If you need the reputation and ruggedness of the classic HiLux ute, ask us about finance.

The Toyota HiLux SR5 will be the most useful tool in your garage. 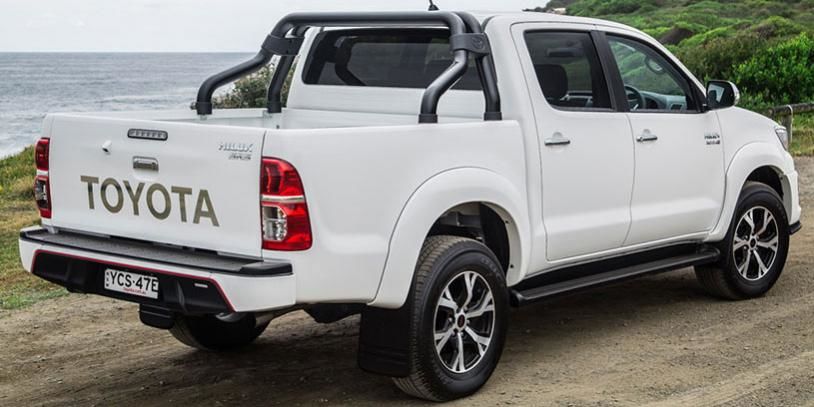 For anyone who has driven in a HiLux before, the 2015 model will offer no surprises. This new HiLux SR5 feels like a good old HiLux. If you are looking for a utility vehicle, this should be a good thing. The Toyota HiLux is the most popular vehicle in its class, and not by accident. Its reputation for reliability, functionality and easy service has ensured it has remained the number one pick for fleets and sole tradies alike.

No Fuss, No Surprises.

Some utes on the market today offer advanced technology such as parking sensors and sports-like interiors, such as the Volkswagen Amarok or the Ford Ranger. For the most part, the Toyota HiLux leaves those perks for the family car, preferring to stick with the tried and tested features such as a large 6.1” touch screen with Sat Nav, reversing camera and full climate control.

This lack of clutter makes for a spacious and comfortable interior, if somewhat 'dated' as Alborz Fallah puts it in his review for Car Advice. After all, a ute is a tool to fit your other tools. What is included, however, has a quality build and feel to it, with Rod Chapman and Matt Brogan from motoring.com.au noting that the HiLux's assembly quality--welds, paints, fittings--remains high.

There is plenty of room in the double cab for up to 5 adults, including their bulky work gear. The tray is equally as spacious. On those occasions when you need to haul extra gear, the HiLux will loyally tow up to two and a half tonnes.

The 2015 HiLux SR5 stands out where you expect: when things get rough. Road bumps and worksite shocks are soaked up by the solid suspension performance. Although the HiLux is not the best performer in its class, it trades extra power capacity for reasonable fuel economy, and as Joshua Dowling from Cars Guide points out, it's still a solid performer for most tasks.

Toyota also has one of the largest dealer networks across the country, with parts, supply and service readily accessible both in the bush and the city. It is this network that has made the HiLux the number one choice for business, which is unlikely to change.

The 2015 HiLux is loyal and promises to stick it through tough conditions. Good fuel economy and ease of repair makes the 2015 HiLux an inexpensive ute to keep on the road. As Alborz Fallah from Car Advice concludes in his assessment: "If [the reason for a HiLux is] primarily as a workhorse, then the Toyota ute does indeed make sense, considering it keeps its value and is unlikely to ever let you down." 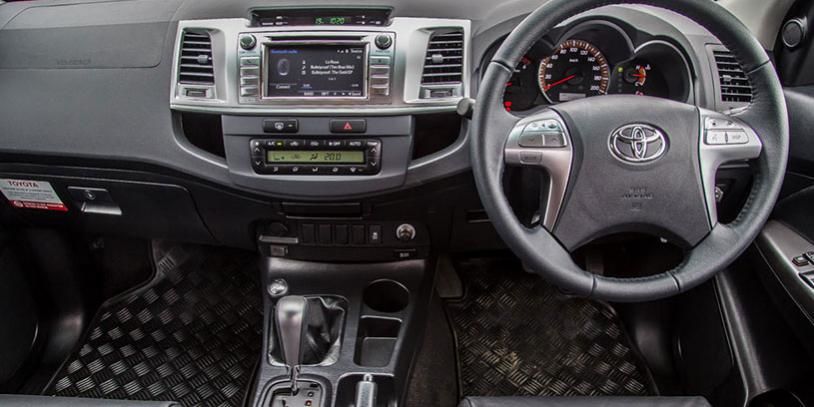 The 2015 HiLux has stuck to what it does best: a solid all-rounder ute. It is the standard for Australian business, from workshops to mine sites, and is still Australia’s best-selling ute. Although there is now tough competition in the Aussie ute segment, the HiLux will continue to be a favourite among tradies. Call it an old habit!

Need a new ute? Check out your finance options. Get a Rapid Quote.