The Triton is back, New and Improved

The Mitsubishi Triton has been a major player in the Australian ute market for for some time now, but it has often been seen to be playing second fiddle to the Toyota HiLux and Nissan Navara. How does the 2015 Triton GLS 4WD Dual-Cab stack up against the stiff competition? We found that while the Triton has made good strides, it is still outperformed in some ways by its competitors. But the Triton's lower price point and admirable performance offer good value for money.

The 2015 Triton has a 2.4-litre four cylinder turbo-diesel which provides 133kW of power and 430Nm of torque. Rod Chapman from motoring.com.au said the the engine delivers "strong seat-of-the-pants acceleration and ample low-down torque". Murray Hubbard from carsguide.com.au also found that the Triton performed well in a variety of conditions; on the soft sands of Fraser Island, he said the Triton "pulled away in second gear (manual) from as little as 750 rpm".

The Triton GLS has a 3100kg tow limit, an increase of 100kg from the previous model, and a maximum payload of 950kg which places it as a mid-fielder for vehicles in this class, ahead of some HiLux models with 2500kg towing capacity and behind the Holden Colorado, Ford Ranger and Mazda BT-50 which can all tow 3500kg. The Triton GLS tub measures 1475mm across (1080mm between the wheel arches) 1500mm long and 505mm deep and comes with six anchor points. 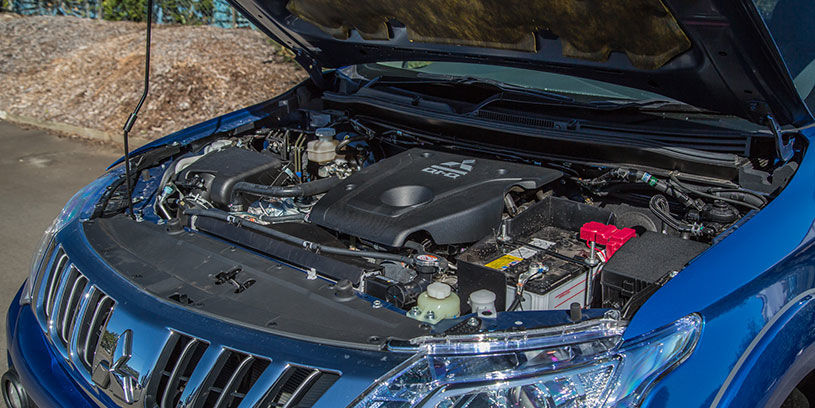 Overall, the 2015 Triton performs well on and off the road and is tougher than ever as a workhorse. For another comparison of vehicles in this class, have a look at the our Top 5 Vehicles for Tradies.

The Triton still has a mostly utilitarian interior, although it does boast some luxury features. A 6.1-inch touchscreen provides a modern touch with easy phone pairing and voice controls. In the driver's seat, the steering wheel has adjustable tilt and reach and the seat itself has six-way adjustment. However, Rod Chapman found that the chrome trim around the driver and passenger venting was a bit distracting as the reflections on windows fell over the side mirrors. Trent Nikolic from caradvice.com.au criticised the interior of the previous model Triton as being very much "old-generation", a problem that has been fixed with the new model. 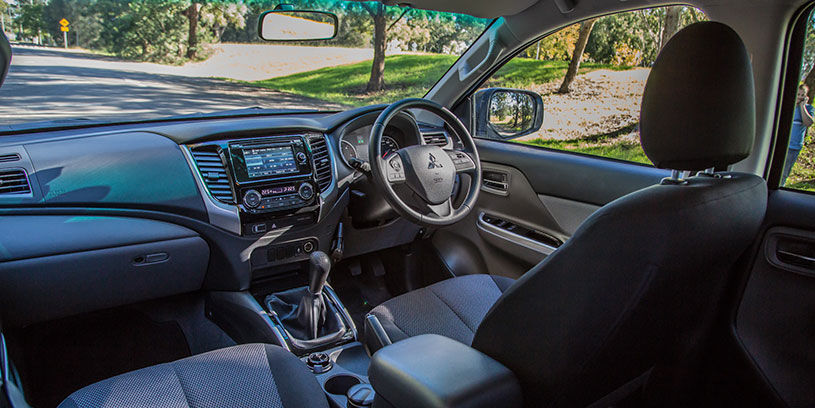 As far as the ride and handling go, the verdict is good. Another criticism that Trent Nikolic had of previous Triton was the unrefined diesel engine that was loud and clattery. This also seems to have been fixed in the 2015 Triton, as Rod Chapman said that the handling was firm at the back and compliant, even when empty and the ride is anything but harsh, saying that it "blurs the distinction between LCV and SUV". Murray Hubbard also had this view, saying "We found the ride and handling to be similar to some well-sorted SUVs".

These improvements will be appreciated by those who need a vehicle that's family friendly as well as being a workhorse. And the Triton has you covered in this department with second row seating that features ISOFIX child seat mounting system and additional standard anchor points. The kids will also appreciate the sidesteps which, at 410mm high, strike a balance between accessibility for the littlies and offroad ability.

The 2015 Triton is a comfortable ride overall and more than capable of being a family car as well as the work vehicle. But if comfort and luxury and very important to you, you might want to consider the Volkswagen Amarok instead, check out our review here.

Stepping outside the ute for a moment, let's talk about how it looks. The exterior has undergone a some pretty major remodelling since the previous model. Murray Hubbard said the vehicle now had "a more powerful appearance" due to the new shoulder line starting at the front mudguard and leading into the tub as well as the tub's 'J-curve' being toned down on the 2015 model. 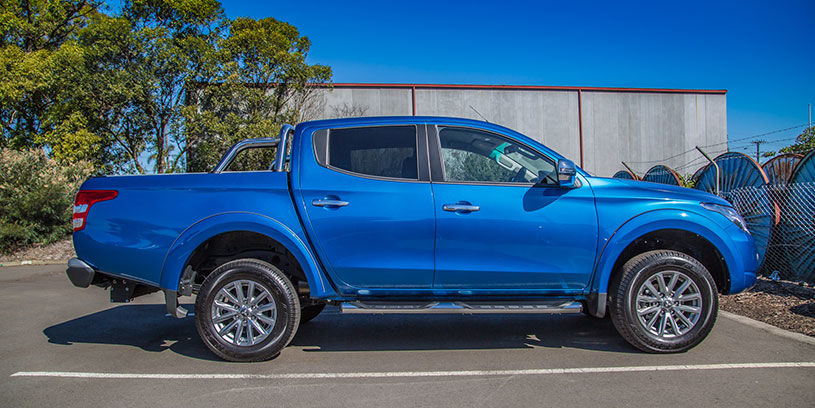 Matt Campbell from caradvice.com.au said that while the "big chrome nose" was a point of contention in their office, the new look is far more contemporary than that of the previous model. The Triton's new look is a dramatic change from the previous model and the consensus is that it's a step in the right direction. 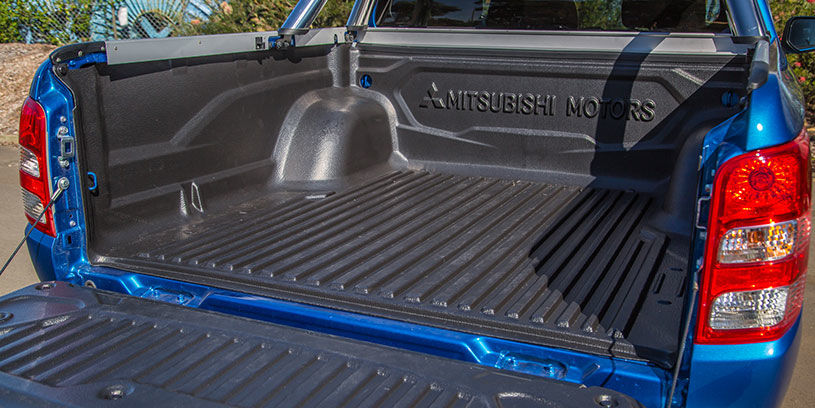 The 2015 Triton has come a long way from the previous model. Improvements have been made across the board with increased towing capacity, better ride quality and new stylings. These improvements make the Triton stiff competition for market leaders like the Toyota HiLux while still offering good value for money.

Sound like the ute for you? Check your finance options. Get a Rapid Quote.