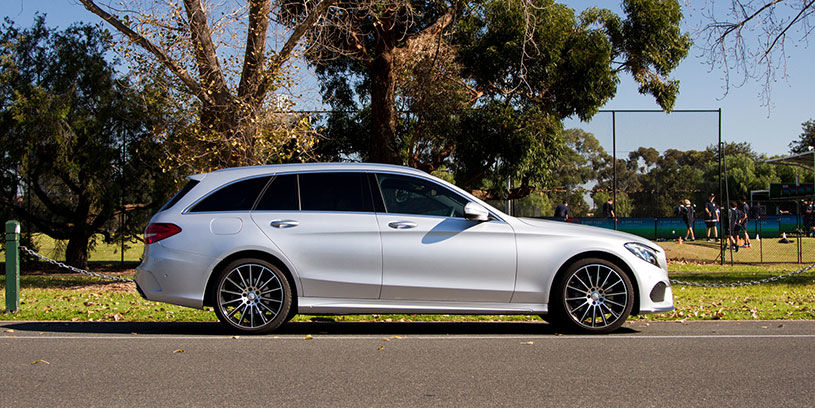 You don't have to sacrifice performance for luxury

Under the bonnet, the C 250 Estate has a 2.0-litre turbo-petrol four-cylinder engine that provides it with 155kW of power and 350Nm of torque. But it's not just the engine that's impressive, Mercedes has gone to a lot of effort designing a new lighter and stiffer rear-wheel drive architecture, revised suspension and an impressive equipment list that includes top-of-the-line safety features. 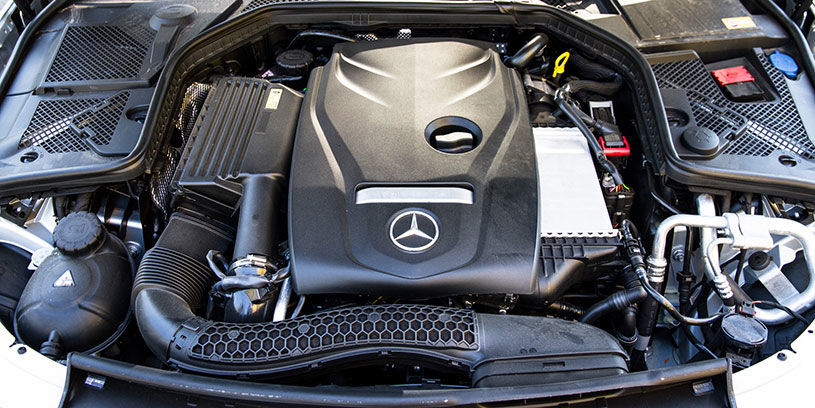 In terms of controls, the C 250 Estate comes with the Mercedes 7G-Tronic Plus seven-speed automatic transmission, with no manual option, and drivers can use the Agility Control to choose between the eco, comfort, sport and sport+ driving modes. These give the driver "zesty and enjoyable performance" according to Bruce Newton from Motoring.com.au.

However, Bruce Newton also found that the AMG sports suspension made a the ride a bit rough on some less-than-perfect roads. A better set up, he said, would be to opt for the Mercedes airmatic suspension instead, which can also be adjusted with the Agility Control. Alborz Fallah from Caradvice.com.au also described the airmatic suspension as "an absolute must if you frequent country or poorly surfaced roads or simply prefer a more considerate ride".

Plenty of brains to go with the brawn

The C 250 Estate is a car with plenty of technology. The most impressive bells and whistles are around the safety features which include autonomous braking and collision prevention assist, steering assist, pedestrian recognition, cross traffic assist, blind spot and lane keep assist as well as detecting imminent rear end collision and preparing the occupants to minimise injury. Impressive, right? It's also loaded with nine airbags for good measure.

That focus on safety features is not to say that Mercedes has forgotten about comfort and luxury. With an 8-inch touchscreen infotainment system and a class-leading 13-speaker 590-watt Burmeaister sound system, the C 250 Estate has style as well as substance. The wagon body type is functional too, Paul Gover from Carsguide.com.au said that "It's easy to get a surfboard or a bicycle the back, or carry five (not too large) people on trips". 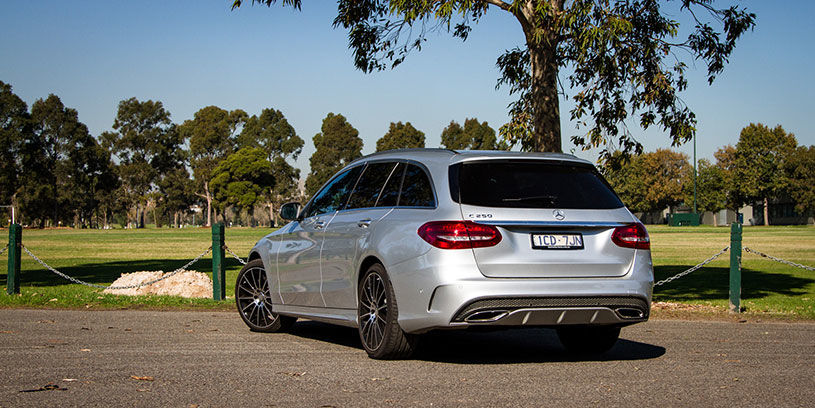 The C 250 Estate is a practical size, but if you need something bigger for a large family in this price range, check out our review of the 2015 Toyota Kluger Grande.

Beautiful outside and in

The C 250 Estate is unapologetic about being a station wagon. The forward sloping rear end is not harsh or unattractive like some wagons can be and the overall look from the outside is sleek and classy, as we have come to expect from Mercedes. On the inside, everything from the upholstery to the to the wood-trimmed centre-console gives of the impression of the highest level of craftsmanship.

It's clear from the C 250 estate why the Mercedes-Benz C-Class was named as World Car of the Year for 2015. From performance to luxury and style, the C 250 Estate has it all, a combination that's hard to beat. As Paul Gover said "as I'm finishing my time with the C 250 I'm struggling to find any Shortcomings".

Do you want to experience the World Car of the Year for yourself? Check out your finance options. Get a Rapid Quote.