Looking for a safer ride?

This year, Mazda appears to have adopted the mantra “If it ain’t broke, don’t fix it”. It’s not hard to see why, given the popularity of the best-selling CX-5: it topped the best-seller list last year to become the number one SUV in Australia.

The CX-5 formula, as far as Mazda is concerned, is golden. However, this does not mean that Mazda has been complacent: there are a number of improvements in comfort, entertainment and safety features. The result is an even better—if only slightly—SUV that is bound to give Mazda more reason to surge ahead of the crowded SUV pack.

The ‘Akera’ is the top of the range model, which comes standard with all the most advanced comfort and safety features. For the safety conscious consumer with less to spend, Mazda now offers ‘Safety’ models of its Maxx and Maxx Sport variants for a reasonable $1230 extra, making the latest advancements in vehicle safety even more affordable.

Mazda’s CX-5 is a best-seller for obvious reasons and its safety features make it a great option for safety conscious families. For more information about car finance, call our car finance experts on 1300 467 274 to discuss your car loan needs.

Mazda’s CX-5 is a best-seller for obvious reasons and its safety features make it a great option for safety conscious families. 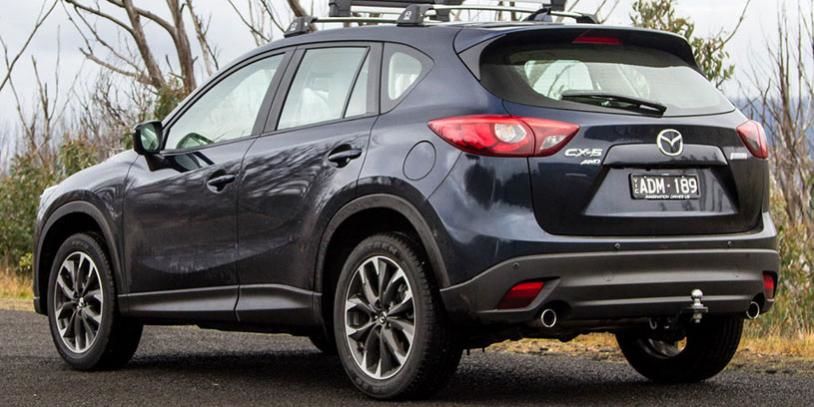 As the market leader in SUVs, Mazda has only aimed to improve the CX-5, rather than make any attempts to experiment. Having said that, Mazda has targeted their efforts at the traditional drawbacks of the CX-5—equipment, NVH (noise, vibration, harshness) and general refinement—as well as doubling-down on safety features. All this, at a reduced price.

There have also been some minor exterior styling changes; a tweaked grille, headlight and tail-light inlays, new alloy designs and styled door mirrors.

To most, these exterior changes are would appear trivial, but it makes sense not to interfere too much in the looks department. Mazda’s styling, according to Ewan Kennedy of Cars Guide, is widely regarded as spot-on. Most of the notable changes and improvements have been under the skin or in the interior detail, where the introduction of a streamlined gear selector and electronic park brake have freed up extra space.

The Akera now comes with a large 7 inch screen which is integrated into Mazda’s MZD Connect system. This system offers improved internet and Bluetooth connectivity, and allows the driver to receive text messages on-screen or listen to internet radio from the native Pandora or Stitcher apps. Though it isn’t perfect; Matt Campbell from Car Advice marks Mazda’s media system as an area for improvement, assuming it doesn't get superseded by third party developments from Apple CarPlay or Andriod Auto.

Keen eyes may also spot subtle style changes, with more emphasis to accents and trim. However, James Ward of Car Advice notes that the “mix of cabin materials can initially seem nice until you get close”, citing the faux stitching on the (otherwise comfortable) leather seats as an example.

The biggest and most notable improvements to overall comfort in the 2015 CX-5 is Mazda’s concerted effort to reduce cabin noise, vibration and harshness (NVH). Mazda has stuffed the CX-5 with extra sound-absorbing materials to block mechanical noise, installed thicker glass to reduce external wind noise and touched up the suspension. Overall, the improvements are noticeable, with Adam Davis from motoring.com.au quoting Mazda’s claim of a '10 per cent reduction' in overall NVH. 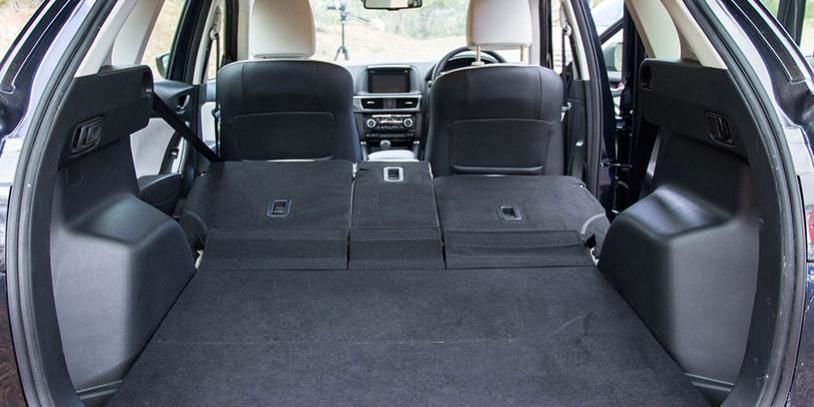 Mazda has pitched the Akera CX-5 as an SUV which has less emphasis on off-road performance, and more towards that of a traditional station wagon. The petrol variant of the Akera is more lightweight than the diesel, which improves overall city performance, such as cornering ability and fuel economy.

The AWD system offers great traction and adds to the overall comfort of the ride. Though with only 250Nm of torque at peak rpm, the petrol Akera is fairly under-equipped for serious off road adventures. The turbocharged diesel option could be an alternative here, with up to 420Nm of torque output. However, approaching those higher prices and specific applications, the CX-5’s loses focus; there are other SUVs which are better for those torque-y challenges.

Safety, on the other hand, is a big plus for the 2015 CX-5. The top-line Akera comes standard with all the best safety features Mazda has to offer, including lane-keeping assistance, reverse camera, blind spot monitoring, cross traffic alert, auto-dimming rear-view mirror, forward collision warning, auto braking, radar cruise control, and much more.

The Mazda CX-5 has earned its popularity and dominance of the Australian SUV market. At its heart, it is a city vehicle and comfortable highway cruiser, with a light appetite for adventure. Mazda has worked hard to target improvements in entertainment, comfort and safety in the 2015 Akera models.