It would be hard to find anyone who had a bad word to say about the new HSV Clubsport. Since 1990, HSV have been producing modern Aussie muscle cars and high performance street machines. The HSV Clubsport is a Holden Commodore which has been tweaked and tuned by HSV engineers. The result is an entry level performance vehicle which doesn’t look out of place on a drag strip.

The 2015 Clubsport, and its older brother the R8, have had a notable power boost from the previous year’s iteration. The 2015 R8 Clubsport comes at almost $10,000 dearer compared to the regular Clubbie, but it is packed with more features and has a slight power boost. The younger sibling however remains an affordable option for a high quality performance vehicle.

The 2015 HSV Clubsport has a Jekyll and Hyde style dual personality. It’s a reasonable and practical sedan during the week, yet can transform into a beastly head-turner on the weekend. However you look at it, the 2015 Clubsport is a piece of iconic Aussie machinery.

Need the power and performance of the Clubsport R8? Talk to us about car finance.

A performance vehicle at heart, the R8 isn’t without a sense of everyday practicality.

Modern cars are wonders of engineering. Most car manufacturers are taking these advancements in motoring technology and producing sensible, fuel efficient people movers. HSV, however, is one of the last bastions of serious petrol head culture, and produces precision racing performance in a consumer vehicle.

However, a nail in the coffin for the Australian brand of speed demon is the eventual closure of Holden and HSV’s vehicle manufacturing in Australia. This doesn’t mean the extinction of Holden or HSV, but it means that at least part of Australian identity behind these vehicles will be diminished.

Regardless of the future of both street machine culture and Holden, according to some motoring veterans, the 2015 Clubsport is one of the best Clubbies yet. Peter Barnwell of Cars Guide sums up the newest HSV Clubsport, praising it as a “monumentally entertaining, locally made, boisterous V8-powered sedan” and adds that it’s “a hell-of-a-lot of car for the money… it feels and looks better made than ever”.

The 2015 Clubsport R8 certainly is a beastly sedan, but HSV have also built some modern practicality into the car; users have noted the R8’s long-gearing and softer personality when cruising at lower revs. At 2500rpm, the R8 feels less like a high performance vehicle and more like a family sedan. Sam Hall from Drive even claims that the 2015 Clubsport is an “effortless family sedan that would easy cater for five adults”.

All this changes, however, when the car kicks in at over 4000rpm and the sensible ‘Dr Jekyll’ transforms into the savage ‘Mr Hyde’. This transformation is exhilarating; high performance features such as the bi-modal air intake and exhaust kick in, and the V8 howls like a banshee.

Adam Davis from motoring.com.au writes that at this point “you wish you were on a race track, such is the ferocity of the final 200rpm in the rev range… and the resultant speed.”

On the outside the R8 can be a head turner. On the inside, not much has changed since the last iteration, but as Adam Davis notes, that’s not a bad thing. There is still plenty of comfort and gadgetry to satisfy any modern car needs.

Naturally, the R8 remains a spacious vehicle. This car isn’t expecting just kids in the back—a whole gang of adults can pile into the cabin quite comfortably. And with a 500 litre boot, so can the all the weekend’s cargo.

Yet merely being ‘comfortable’ doesn’t do the R8 full justice. There is certainly an element of luxury here. Smooth leather seating is electronically adjustable in eight ways. The sat nav and reverse cameras have plenty of screen space on the 8 inch infotainment display, which is also the primary controller for the nine-speaker BOSE sound system.

There are also plenty of other highlights, including dual-zone climate control, blind spot, lane departure and forward collision alerts as well as parking assist. The R8 is a beast which is as smart as it is good looking. 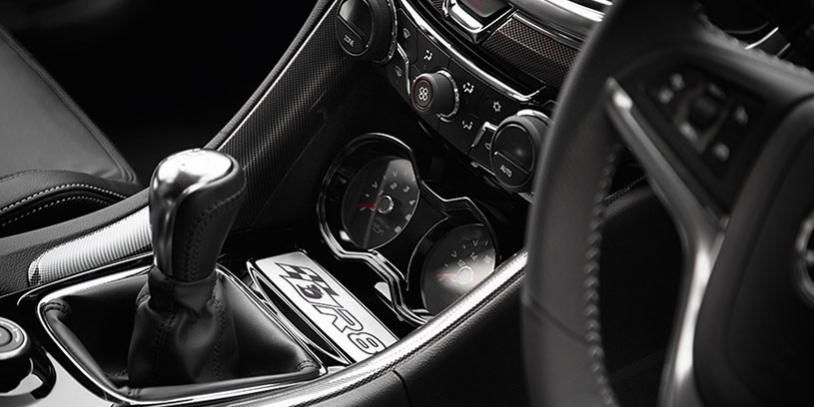 Although the HSV Clubsport R8 will not be for everyone, hopping into this car will certainly elicit a deep and primal sense of excitement which is hard to resist.

A performance vehicle at heart, the R8 isn’t without a sense of everyday practicality. At cruising speeds, the Clubsport is a tame beast, ready to pounce when the revs clock past 4000. Inside, there is plenty of comfort and features to be found.

HSV have produced a performance vehicle which feels just at home on the race track as it does on the daily commute to work, making it ideal for the car enthusiast looking for a great all-round car with plenty of muscle to flex.

Ready to see a new R8 in your driveway? Check out our low interest car loans. 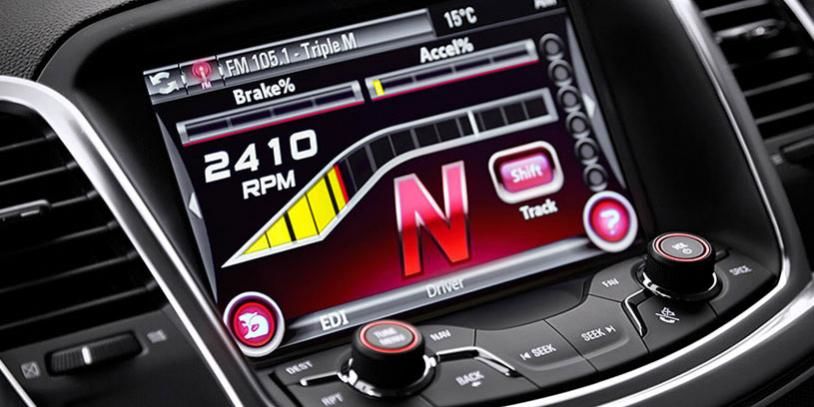