Used Nissan GT-Rs are now more affordable than ever. But are they worth it?

It's been almost a decade since the Nissan GT-R (R35) first graced Australian shores, and over the years the car has won more than a few hearts, minds, and wallets.

That means that there are now numerous used GT-Rs on the market, and most are available for well below the price of the new 2017 model.

However, just because you could potentially save thousands on a used model, doesn't mean you should. Here's what to look out for when purchasing a used Nissan GT-R (2009 - 2011).

R35 MY11. Image courtesy of caradvice.com.au

For this review, we're going to focus on the first generation of Nissan GT-R R35s available in Australia.

The GT-R saw refreshes in both 2011 and 2016. These updates bumped up the kilowatts and tweaked the bodywork. The most immediately noticeable changes being to the grill and bonnet.

Still. These amendments were more incremental than revolutionary. And, even if the earlier models don't have some of the bells and whistles of their later equivalents, they are certainly no slouches.

You still get the ferocious and hand-built 3.8L V6 twin-turbo engine which produces 357kw of power and 588Nm of torque, a power to weight ratio of 204.2 (W/kg), and the barnstorming 4 wheel grip. 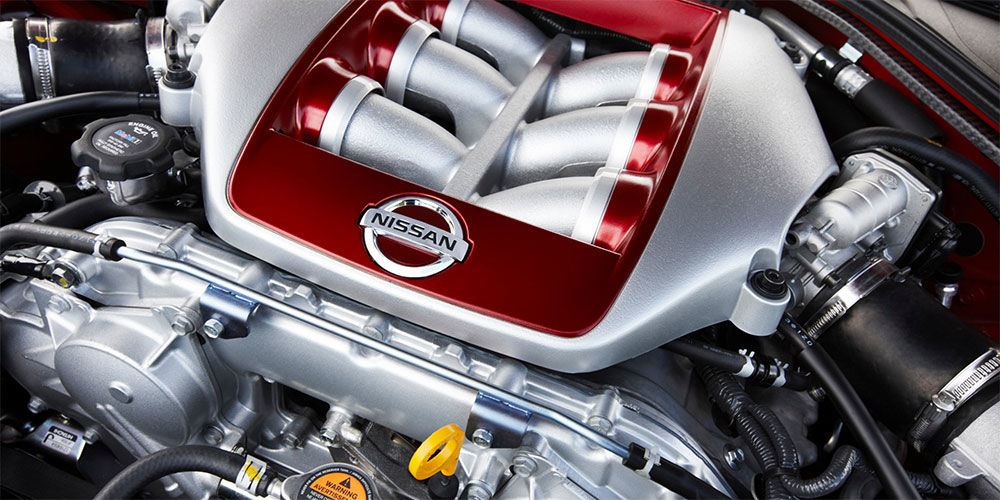 Inside there's a simple dash which mounts an array of complex screens and gauges, all ideal for checking your lateral-g meter or front-to-rear torque-split enumerator (whatever that is).

Overall, inside and out, it's what you'd expect from a Nissan GT-R. Yes, it's very futuristic, even 10 years on. Yes, it's distinctly Japanese. And, yes, it's still balls-to-the-wall fast.

What to look for in a used Nissan GT-R

There are some cars for which you can overlook the occasional missed service. The GT-R is not one of them. A complete and up-to-date service history is essential when choosing a used Nissan GT-R.

Standard 10,000km services are vital to the health of the hand-built engines. As are the major services at 80,000km and 100,00km. The differential and gearbox fluids also need changing at 30,000km intervals.

Proper maintenance is key to the performance, reliability, and long life of your GT-R. If your used car seller can not prove that the vehicle has been properly maintained, then it's simple, walk away.

Of course, the GT-R isn't just an everyday drive, it's also a track monster (a Godzilla if you will). So, you'll need to know it's track history too. 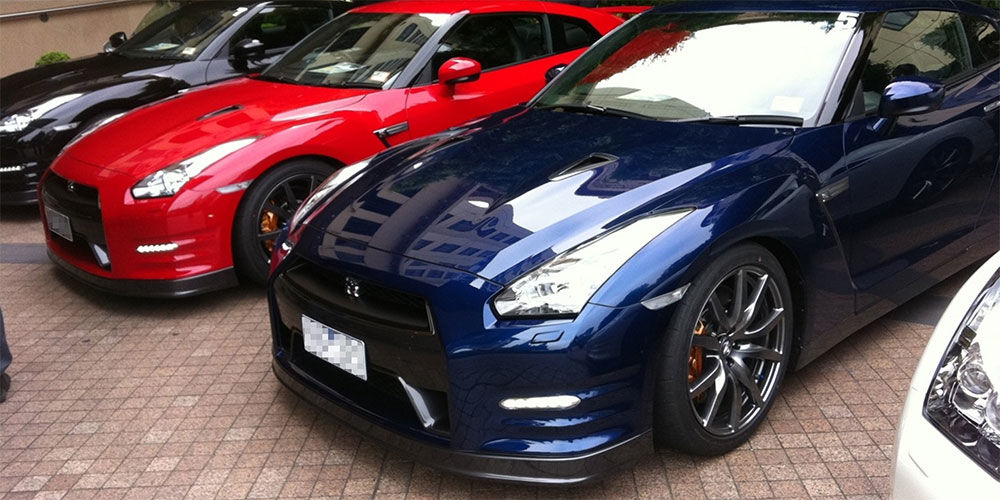 While the GT-R is made for the racing circuit, pushing its limits does strain the car's components. Nissan themselves recommend that the car visits a dealership both before and after every track-day session.

The good news is that thanks to car's onboard diagnostics computer, you can quickly and easily get a snapshot of the car's operational history. Simply, take the car to a Nissan service centre and get them to print out the information.

What will it cost?

A brand new 2017 Nissan GT-R will set you back almost $200,000, more for the 'track edition', or the upcoming and much-anticipated NISMO variant.

So, yes you can save as much as 50% off retail by buying used.

However, it's important to remember that when it comes to high performance cars like the GT-R, the purchase price is just the beginning.

As discussed above, regular services are essential. And, you'll likely have to choose more expensive Nissan dealership servicing, as many workshops won't perform maintenance on something as exotic as the GT-R.

Also, as you can imagine, insurance isn't cheap either.

Ultimately, you'll have to weigh up the costs yourself. Sure, it's expensive, but if you just have to have a Nissan GT-R, well there is only one, there is no cut-price alternative.

Could you live with it every day? 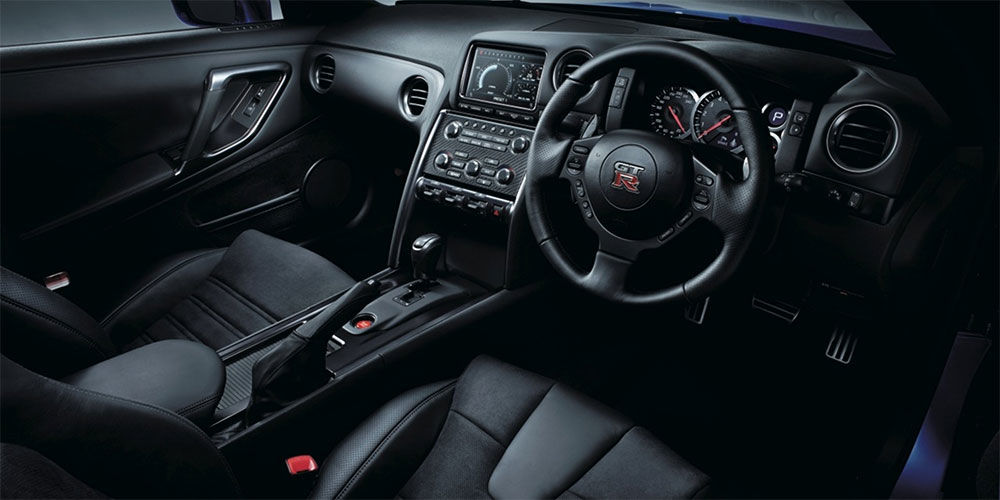 Running costs aside, the Nissan GT-R functions well as a typical coupe. You get four seats and decent boot space. As well as all the luxuries you'd expect like air conditioning, dash display, and heated seats.

The interior is spacious - in the front. The back will be a tight squeeze for anyone older than school age. The fit and finish is simple yet polished and refined, which makes the cockpit a genuinely nice place to be.

Sure, you can't unleash even half the car's power every day. Not unless you have a race track in the back yard. But, as a daily drive, it's usable and practical, if somewhat expensive.

Common complaints include the ride which isn't always comfortable due to the track-ready suspension, and the gearbox which can be clunky in normal driving conditions.

Should you buy one?

In this review, we've talked a lot about price, efficiency, and practicality. However, to a type of buyer, all of these things are simply insignificant.

To many potential Nissan GT-R buyers, the question is simply, can I afford one? And how can I get one into my garage, as soon as humanly possible?

That's because like numerous other rice burners, the GT-R inspires an obsessive level of interest among its followers. There is only one Nissan GT-R. There are no substitutes.

For these people we say, yes. If you can afford one, and you're willing to shop around for a quality model with a full service history, then you won't be disappointed.

As for the rest of us, the Nissan GT-R, even used, is still a blisteringly fast, surprisingly practical, and striking race-ready road car. It won't be cheap, but when it comes to cars of this calibre, few are. 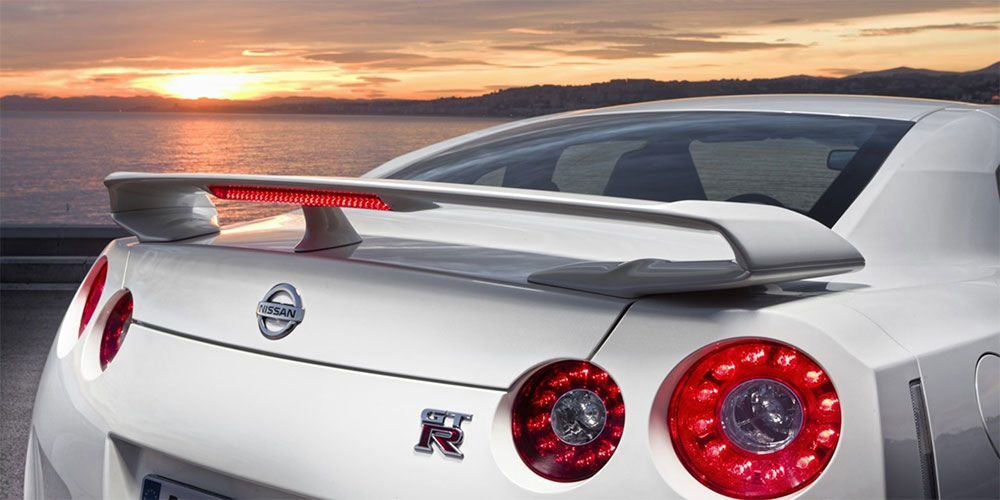