It's the car with a G-Force Meter mounted on its dashboard. It's the four-seater coupe that monstered Germany's best around the Nurburgring. It's also the supercar that very nearly broke Jeremy Clarkson.

For some though, the GT-R badge brings back older memories.

The R34 in particular seemed to give birth to the new millennium. Its computer system felt like something straight of a Playstation gaming system. The bonnet on select editions was made from carbon fibre. It had an LCD screen which showed the driver statistics about engine performance and turbocharger pressure.

Those things may seem commonplace now. Back in the 90s though, they were practically a revolution.

Have the looks stood the test of time?

When it comes down to it, the Skyline R34's styling has always been rather subdued. Sure, it's no Camry, what with the large intake vents, added lines, and discrete bodykit. But, compare it to other Japanese sports and super cars of the 90s, and you'll see it's practically subtle.

Remember the Toyota Supra and its high-rise spoiler? The one that could be seen from the next town over?

Or the Honda NSX? The car that was modelled after an F-16 fighter jet?

The good news is that the low-key style choices mean that the R34 hasn't aged nearly as much as you might expect. Its looks remain sporty, quick, and distinctly Japanese.

Comparing the R34 to bands of its era, we'd say it's more classic Nirvana than forgettable N*Sync. Sure it's of its time, but it's still packed with hits.

Performance wise, how does it go?

Nissan modified and tweaked the R34 throughout its relatively short lifespan. Although, whichever model you choose, you're going to get the same 2.6 litre, twin-turbo, straight-6.

But that lack of diversity isn't a bad thing.

The Skyline R34's 206kW RB-25 engine with twin turbochargers always was, and still is, a cracker.

A little know fact about the R34 GT-R is that Nissan actually under-quoted the kilowatt output. At the time, there was a gentlemen's agreement between Japanese automakers. It stated that cars on sale to the public should not exceed 206kW. And so Nissan altered the marketing materials to match that.

Sources close to Nissan though, say the actual output was more like 243kW.

That means the R34 GT-R could be the only car in recorded history where the manufacturer understated the numbers. Instead of inflating them.

In any case, whatever the actual power, the R34 remains a joy to drive. The engine, steering, and stock setup are all on point. This is one fast, agile, and composed vehicle.

Here's the thing. The Nissan R34 GT-R is a great car. It's from a trusted manufacturer. The engine is tried and tested. The components, for the most part, are of a very high standard. However, the R34 is also a favourite of car-modding enthusiasts.

What does that mean?

It means that finding a stock model can be difficult. And for every modification made, you've usually got to take a hit on reliability.

Larger exhausts can actually be detrimental to overall performance. Lowered suspension can increase wear. While engine mods enhance power often at the cost of engine and turbo life.

Therefore, before you buy, it is vital that you have the car looked at by a specialist. Preferably someone who has experience with Skylines. If you don't, you could be shelling out for expensive repairs later on. 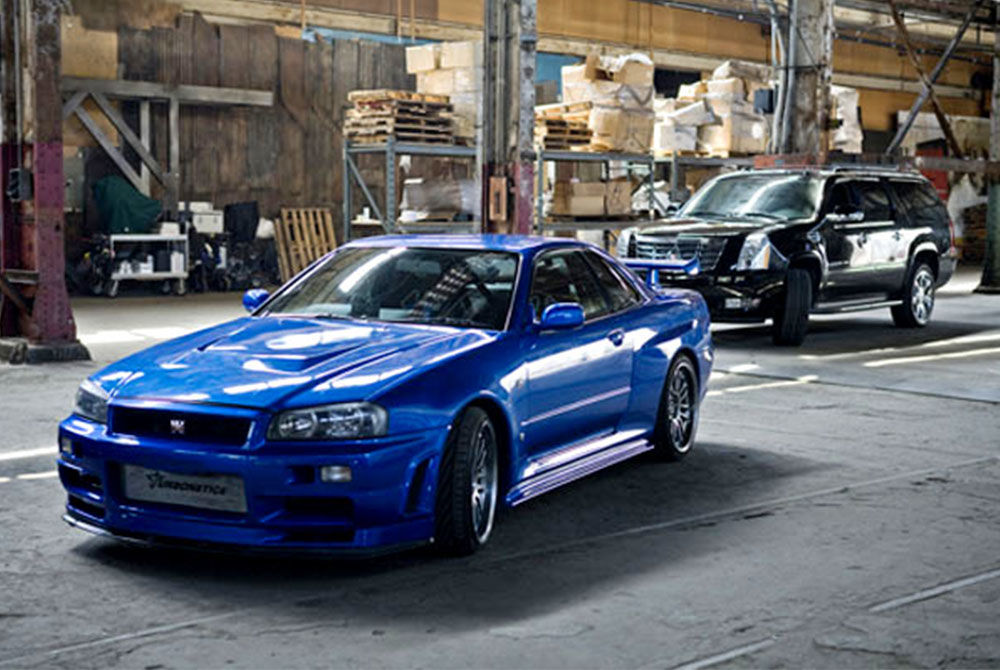 Could you live with it every day?

Theoretically, you could use an R34 GT-R every day.

It has four seats, although only two doors, and the back is pretty cramped. Still, in the front there's decent headroom and legspace. And the boot is a pretty good size too.

In traffic, it's reportedly comfortable enough. Unlike other supercars it's not overly large, so you could tackle fairly narrow streets and parallel parking without too much difficulty. However, the turning circle can cause problems. As can the transmission.

Ultimately though, if you're buying an R34 GT-R, everyday practicality probably isn't your number one priority.

The R34 is never going to be as easy to live with as a Ford Falcon. But if you want a thrilling 90s Japanese racer with some added comforts, then this is the car to beat.

What does it cost?

The modern Nissan GT-R's asking price is upwards of $170,000. And its replacement, when it eventually arrives, is likely to cost even more. By compassion, a secondhand R34 GT-R is practically a steal.

Prices on redbook.com are quoted as from $30,000. But realistically you may be looking at more than $70,000 for a good one. Still! Shop around and you may find a bargain.

No doubt about it, the Nissan Skyline R34 GT-R is a classic. From its looks to its performance to its pedigree, this is one car which hasn't so much aged as matured.

Finding one with fewer modifications and a more affordable price tag can be difficult. And it may be hard to use it as an everyday drive. But the R34 still delivers where it counts.

Even in 2016, with its successor eating up the headlines, the R34 GT-R can still impress.