What to know before buying this iconic 90s sports car

With the new Supra soon be revealed, we look back at Toyota's flagship 90s sports car.

Starting out life as a high-end Celica, the Toyota Supra underwent many changes in its 24 year history.

However, perhaps no transformation was as significant as the one that took place in 1993. When the new, fourth generation Supra 'A80' was first introduced.

With this new model, Toyota ditched the slick 1980s styling. They got rid of the sharp edges and pop-up headlamps. Replacing them with rounded curves, sloping lines, and that iconic rear wing.

They also took the old model's engine and chucked most of it away. Instead, installing an all new 3 litre straight six with optional turbocharging (see the epic 2JZ-GTE powerplant).

The result of all these changes was a cult classic, which to this day retains a special place in many a motoring enthusiast's petrol-powered heart.

Here's what you should know if you're considering buying one secondhand.

Models from which to choose

If you're thinking of picking up a classic 90s Supra then you'll most likely be looking at models from 1993 onward. The 1990 - 92 models are slightly reskinned versions of the third generation Supra from the 80s.

It's worth noting that after the radical departure in 1993, Toyota didn't do a whole lot to the styling and performance of the Supra. Sure, they tweaked things and added a few more kilowatts here and there. But, overall the Supra remained largely unchanged until Toyota discontinued it in 2002. 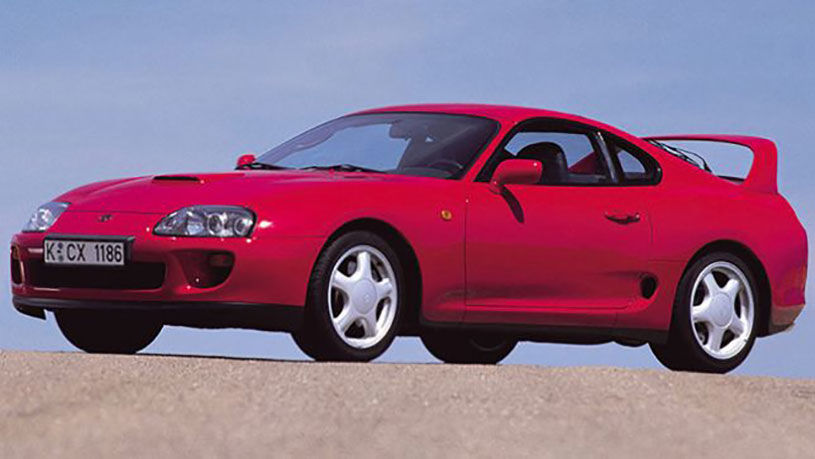 The last Supra ended production in 2002. Image courtesy of carsguide.com.au

Therefore, when choosing a classic 90s Supra there is only one big decision regarding choice of model.

You can buy the base model with the gutsy but naturally aspirated 6 cylinder engine. Or, you can get the turbo model with the breath-taking twin-turbocharged 2JZ-GTE engine.

There is no shortage of Supras on the market today. The car is a favourite among many drivers, and because of this, you can regularly find models for sale online and in the classifieds.

At time of writing carsales.com.au have more than 50 Toyota Supras for sale. Prices start at $5,500 for the base model. While the turbo version starts at $7,500.

Of course, it's hard to compare the value of models. This is a car which is more than 20 years old, so each vehicle will be of differing quality depending on the kind of life its had.

For a ballpark figure, redbook.com.au values Supras at the following prices.

Note: As with all older cars, make sure you take necessary precautions when buying. Insist on a copy of the service history, check for damage, and get the car looked at by a professional who knows the breed. 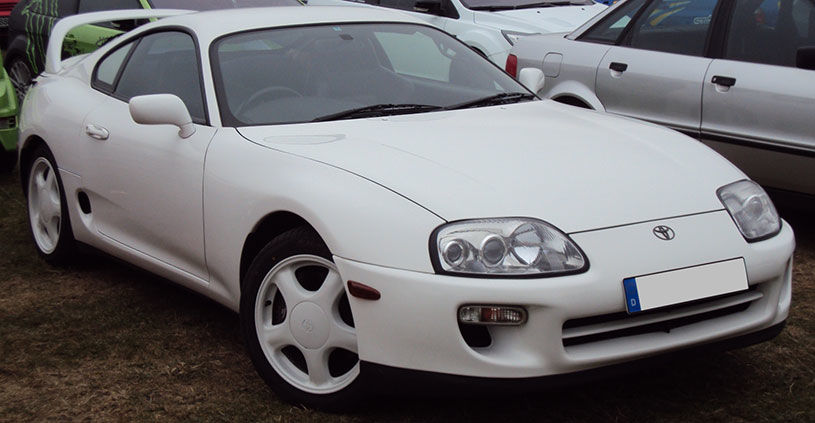 Things to inspect and check twice

Toyota is known for making durable and reliable vehicles. And fortunately, the Supra is no exception. Properly cared for, these cars can provide you with years of performance and thrills.

That said, damage and wear can sometimes be hard to spot. Here's what to inspect.

2. Engine and transmission
Look for smoke from the tailpipes, heat damage to the engine's components, and worn hoses and belts. Even small problems can lead to costly repairs later on, always ask for a full service history.

3. Interior and electrics
Electrics in older cars are notorious for failing, so thoroughly check every switch. Ensure that the ABS light comes on with the ignition and then turns off after the engine starts. Worn interiors are common.

Finding a Supra with a stock engine and parts can be a challenge, so ask about modifications too.

The Toyota Supra offers thrills normally only associated with the more exotic European sports cars. And now twenty years on, the fourth generation models are more affordable than ever.

Shop around and can you find a Supra in good condition and at a price that won't break the bank. But, as with all older cars, make sure you do the appropriate checks before handing over the cash.