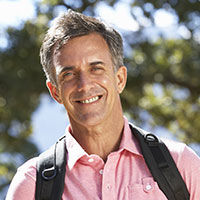 From marriage breakup and bad credit to open vistas and a new motorbike.

Harry was in a sticky situation. His marriage separation was putting him in financial jeopardy, leading to a major default on his mortgage. He was also worried about his past defaults on a couple of utility bills.

Needing to find peace of mind and purpose after his marriage break-up, Harry decided on a goal to keep himself occupied. He would buy a mini-bus, convert it into a motor home and buy a motorbike he could be proud of – his “dream Harley”.

Harry felt it was time to reward himself after all those hard years of work. “I’m not getting any younger!” he thought. Feeling some urgency to get his debt problems sorted out once and for all, Harry called Rapid Finance.

By finding the correct cause of Harry’s debt and using his long-term employment history as leverage, we were able to find finance for Harry’s lifestyle change. 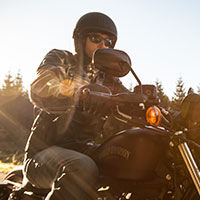 Harry got his Harley (and mini-bus)!

Harry is driving away into the sunset in his newly converted bus, with his Harley in tow!

Harry was facing a dead end with defaults on his mortgage and bills, but Rapid found a new path for him to explore. How could Rapid Finance help you?
Apply for Finance Now

Other People That Rapid Has Helped

Please Note:
These case studies are based on actual outcomes we have achieved for real people. Their names and photographs have been changed.